Earlier this week, gun control group Americans for Responsible Solutions continued their confused campaign against the Hearing Protection Act (S. 59 and H.R. 367) with a new line of attack. This vital legislation would remove firearm suppressors from regulation under the National Firearms Act, which requires suppressor purchasers to pay a $200 tax stamp and for the devices to be registered in the National Firearms Registration and Transfer Record. According to the group’s latest perverse logic, the rapid growth of the suppressor industry in recent years somehow proves that the current regulatory scheme is not burdensome and that legislation to improve access to these important safety devices is unnecessary.

In an August 30 press release titled, “Silencer Regulation Soars in 2016, Despite Gun Lobby Claim that Regulations are Burdensome,” ARS cited data from the 2017 edition of the Bureau of Alcohol, Tobacco, Firearms and Explosives’ “Firearms Commerce in the United States” to make their case. ARS Executive Director Peter Ambler noted, “the number of silencers registered with ATF has more than quadrupled in the past seven years, from just over 285,000 in 2010 to over 1,360,000 in 2016.” The group pointed out that this growth occurred “despite claims from the gun lobby that the federal regulations are too burdensome.” The crux of ARS’s argument is that the current regulatory scheme governing suppressors is not significantly burdensome and hasn’t deterred law-abiding gun owners from acquiring these items.

Please contact your U.S. Senators and U.S. Representative and urge them to support and cosponsor the HPA. You can contact your member of Congress via our “Take Action” tool by clicking below, or use the Congressional switchboard at (202) 224-3121.

It appears the ARS staff slept through Economics 101. The current regulatory scheme imposes a $200 tax on suppressor transfers. In many instances, this can amount to 50-100 percent tax per device. The addition of a tax on a good lessens demand for that good, as some are unwilling to pay the total cost of the item including the tax or are priced out of the market altogether. While former astronauts and ARS’s Washington consultants might have a difficult time relating to the burden of a $200 tax, paying such a sum represents a significant burden for many Americans. In addition to creating this substantial burden on individuals, an excise tax that reduces access to safety devices like suppressors runs counter to sound public policy.

Beyond to the pecuniary burden, prospective suppressor purchasers face administrative hurdles that can be time-consuming and implicate the purchaser’s privacy. Prospective purchasers must complete a lengthy application process that requires the individual to provide their personal information, a passport-style photo, and a set of fingerprints. Many individuals are rightly intimidated by this daunting paperwork. Others are reluctant to provide their personal information, including their status as a gun owner, for inclusion in a federal database. Those who might wish to acquire a suppressor through an NFA trust could be deterred by the financial burden of establishing said trust, which can include the cost of hiring an attorney.

ARS even contradicted its position that the current NFA process is not burdensome within its own press release. The group acknowledged that “wait times are unnecessarily long for law-abiding individuals to purchase silencers.” Might such an “unnecessarily long” wait be considered a burden by prospective suppressor buyers and deter many from accessing these devices altogether?

In another firearms-related context - the acquisition of Right-to-Carry permits - it has been demonstrated that increasing the pecuniary and administrative burdens placed on individuals results in a decrease of the number of people who are willing to exercise their rights. Discussing the data on this subject in the third edition of his book “More Guns Less Crime,” economist John Lott explained,

When placed in the context of the number of firearms acquired or manufactured each year, or total U.S. firearms ownership, suppressors are unfortunately still a niche item. Given the obvious safety benefits these items provide for gun owners, it is reasonable to conclude that some of the staggering disparity between total firearms stock and the total number of registered suppressors is due to the incredible burdens placed on acquiring these devices.

Earlier this year, ARS was criticized by NRA and the Washington Post for spreading easily disprovable misinformation about suppressor function in a half-baked attack on the HPA. Now the group is disregarding the laws of supply and demand to make a contrived argument that the current regulations aren’t burdensome, and therefore should be retained. It’s clear that ARS is uninterested in the facts on suppressors and will make any argument, no matter how far-fetched, to defend the burdensome and outdated NFA. 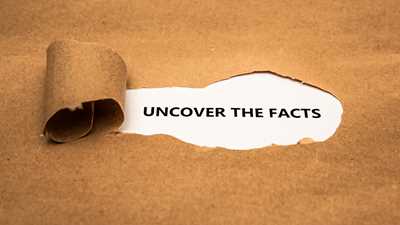