Apparently acting on the impulse that the solution to one irrational gun control proposal is more of the same, Prime Minister Justin Trudeau’s Liberal government introduced a bill with new restrictions and prohibitions on February 16.

Bill C-21 ​amends the federal ​Criminal Code ​and ​Firearms Act ​by creating new crimes, establishing a “red flag” process for seizing lawfully-owned firearms and other property from individuals, allowing municipalities to regulate handgun possession, and other heightened controls that will burden responsible gun owners across the nation.

The bill follows the Prime Minister’s announcement, last May, of regulations imposing an immediate ban of over 1,500 models of previously legal firearms and devices, with a limited amnesty period allowing owners to continue to possess (but not use or transport) these guns. The details of this “buyback” program have yet to be released, despite the fact that the amnesty expires early next year.

Readers may recall that last November, Bill Blair, the minister charged with the implementation of the gun ban and confiscation program, ​refused to answer questions​ ​about its cost during a House of Commons Standing Committee on Public Safety and National Security (SECU) meeting. The minister responded with repeated assurances that the cost and program budget “will be provided when we bring forward the legislation that is required to facilitate how we deal with those firearms that have been prohibited.”

Despite these unequivocal representations (and what is, in government timing terms, the imminent end of the amnesty), this latest legislative proposal lacks any reference to the “buyback,” compensation information, or the overall budget or costs.

Instead, Bill C-21 contains a number of provisions that seem unnecessary, unworkable, or unconstitutional.

Section 112 of the bill creates the new crime of advertising “a firearm in a manner that depicts, counsels or promotes violence against a person,” potentially punishable by up to two years’ imprisonment for a first offense. There is no definition of what constitutes “depict[ing], counsel[ling], or promot[ing] violence against a person,” but any suggestion of using a firearm in justified self-defense or in law enforcement would invite criminal prosecution. Moreover, the Liberal government has ​previously characterized ​all of the firearms on the banned list as “military grade assault weapons” (“guns that were designed for soldiers to kill other soldiers”)

even though the term is legally and factually meaningless. Against this backdrop, a depiction of the gun alone may be enough, given the vague language of the bill.

Under the “red flag” confiscation provision in Section 4, any person may apply, ex parte, for an “emergency prohibition order” to prohibit another person from possessing “any firearm, cross bow, prohibited weapon, restricted weapon, prohibited device, ammunition, prohibited ammunition or explosive substance, or all such things,” provided the applicant has a belief, on reasonable grounds, that “it is not desirable in the interests of ...safety” that the other person possess such things. The “not desirable” standard in the bill is far from demanding, and a court hearing these applications will only hear from one side – not only is this inherently unfair, but it makes it much more likely that an order will issue, even with baseless allegations.

A separate provision, Section 10, authorizes anyone to make an ex parte application for an “emergency limitations on access order,” against a person who has done nothing other than be an alleged cohabitant or “an associate of another person who is prohibited” by order from possessing firearms or other weapons. The court, in making this order, may impose “any terms and conditions on the person’s use and possession of any thing... that the judge considers appropriate” and subject them, like the individual under suspicion of being a danger, to warrantless searches by the police.

The bill would impose a new handgun license condition that makes lawful possession dependent on whether a municipality has enacted a bylaw (ordinance) on handguns and provided the appropriate notice to the federal government. The bylaw options in Section 26 include a bylaw that prohibits storage and almost all transport of a handgun within municipal boundaries. Under the constitutional division of powers between the provinces and the federal government, provinces have the exclusive authority to regulate municipalities and whatever powers are delegated to them.

One province, Alberta, has a ​pending bill ​that would prohibit a municipal council from passing “a bylaw respecting firearms.” As it happens, mayors of its two largest cities have ​rejected ​the city-by-city “patchwork” approach in Bill C-21, but Alberta’s Minister of Justice and Solicitor General, Kaycee Madu, has nonetheless ​indicated ​the province would “vigilantly defend its jurisdiction” should C-21 pass.

In a ​statement ​accompanying the introduction of Bill C-21, Prime Minister Trudeau emphasized that his government was “continuing to take every step necessary to combat gun violence and keep Canadians and communities safe.” As with the previous measures his government has put forward, the burden of these restrictions will fall most heavily on the already law-abiding firearm businesses and individual hunters, farmers, sports shooters, and competitors. To borrow the language ​of Alberta’s Kaycee Madu, the “federal government seems to be obsessively focused on duly-licensed Canadian firearms owners. Hundreds of thousands of Canadians purchased their property legally, and have used that property legally and safely for many years. These citizens should not be treated like criminals by their own federal government.” 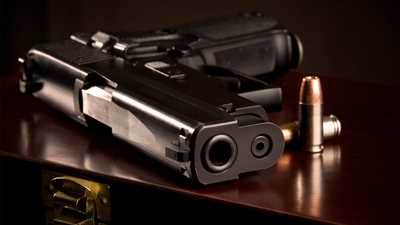 The Cost of Confiscation: Millions of Dollars, No Sense