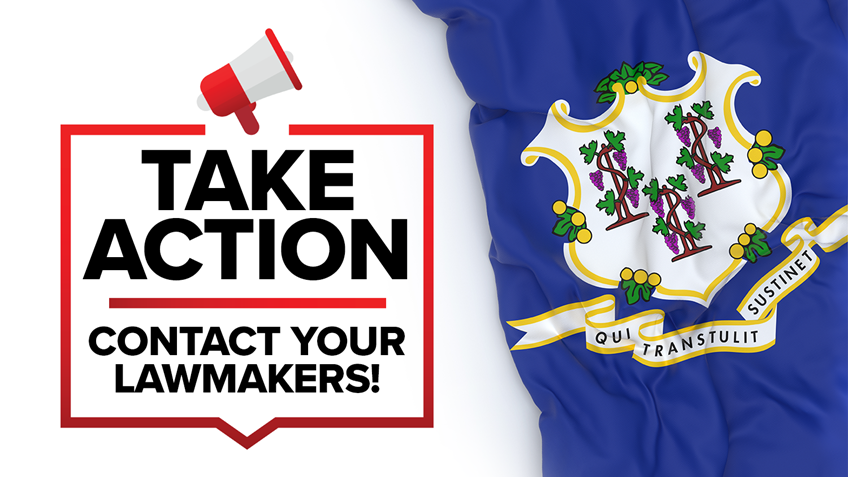 Yesterday, the Connecticut House of Representatives passed House Bill 6355, legislation that strips away the constitutional rights of individuals without adequate due process. Additionally, the Senate can now call anti-self-defense measure, Senate Bill 5, for a vote at any time.  It is extremely important that you please contact your State Senator and urge them to OPPOSE House Bill 6355 and Senate Bill 5!

House Bill 6355 expands the list of people who can petition the court for an ex parte order to have an individual’s firearms seized, without giving that individual the opportunity to present his or her defense before a judge ahead of the confiscation.

Constitutional rights should only be restricted with sufficient due process of law.  Due process limits restrictions on constitutional rights to only serious convictions and adjudications that provide procedural protections to the accused, which results in more reliable proceedings. The Right to Keep and Bear Arms should not be treated as a second-class right, and should only be restricted when sufficient protections are in place.

Senate Bill 5 creates a new, state-level prohibition by prohibiting possession of a firearm within a radius of 200 feet of any outside entrance used as an entry to any polling location, except in narrow circumstances, effectively creating a gun free zone. Law-abiding citizens would be required to park more than 200 feet away from the polling location and to lock their firearms in their vehicle in accordance with state law, before entering the polling location. This poses an inconvenience to law-abiding citizens, especially those with physical disabilities, who would be required to park 200 feet away.

Again, please contact your State Senator and ask them to OPPOSE House Bill 6355 and Senate Bill 5.