The National Rifle Association's Institute for Legislative Action opposes both New Mexico's Senate Bill 48 and House Bill 50. This legislation would criminalize virtually every private firearms transfer in New Mexico, while doing nothing to make the state a safer place. Everywhere these so-called universal background check laws have been imposed, they cost law-abiding citizens time, money, and freedom.

The branding of these bills in advance of the New Mexico Legislature’s 2017 Regular Session by the media and Bloomberg’s national gun control organization Everytown has been misleading and deceptive.  They have falsely touted this as an effort to simply close the non-existent “gun show loophole” when, in fact, the words "gun show" are never even used in the proposed legislation and it is far more expansive than they would have you believe.

SB 48 and HB 50 would prohibit you from selling firearms from your personal collection to any distant relatives, long-time friends, business partners, neighbors, or fellow gun club members without government permission.

The bills would criminalize nearly all private firearm sales between individuals, regardless of where those transactions take place, and require them to be conducted through a licensed dealer involving extensive federal paperwork, background check and payment of an undetermined fee.  Licensed dealers will have to maintain the paperwork recording these transfers for twenty years.  Limited exceptions are only made for immediate family members, federal firearms licensees and law enforcement agencies, executors or administrators of estates and trusts, or police officers, military personnel, and licensed security guards acting in the course of their official duties.

SB 48 and HB 50 also restrict firearm transfers—including gifts, loans, exchanges and other temporary changes in possession of a firearm, not just gun sales (which involve an exchange of currency or a permanent change of ownership or title).  House Bill 50 has been amended and its provisions regarding transfers are now slightly different than Senate Bill 48, as explained below.

Senate Bill 48: In an attempt to garner support for this misguided proposal, advocates excluded a limited number of "temporary" firearm transfers from the acts' provisions: transfers necessary to prevent imminent death or great bodily harm, those taking place exclusively at shooting ranges, exclusively while hunting or trapping, exclusively during an organized competition or performance, or any time the transferor remains present the entire time the transfer is taking place.  These exemptions are poorly-worded, confusing and inadequate.  Examples of commonplace activities that would be criminalized under the bills:

SB 48 also appears to require that the return of loaned firearms to their original owners be conducted through a licensed dealer, with the accompanying federal paperwork, background check and payment of an undetermined fee—even if the original transfer is exempt from such a requirement.

House Bill 50: At the sponsor’s request, the anti-gun members of the House Judiciary Committee adopted a substitute for the original bill, which deletes all the exceptions for temporary firearm transfers found in the original bill and, instead, requires a trip to an FFL, completion of federal paperwork, background check and payment of an undetermined fee on any transfer that is for longer than a period of five days.  So, in the above scenarios, if you loaned your girlfriend or fiancee a handgun for protection for more than five days, if you were deployed for a period of time longer than five days and wanted to leave your guns with a friend, if you borrowed your buddy’s rifle to go on a hunting trip for more than five days, if you gave your employee a shotgun to carry around while working a full week at your ranch – these transfers would all be subject to state and federal regulation.

These proposals will tax scarce law enforcement resources, cost law-abiding citizens time, money and freedom, and they will do nothing to stop criminals. 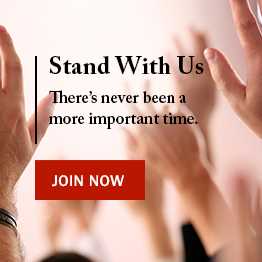