Anti-Gun Members of Congress Continue to Press for Gun Control! Your Action is needed NOW to protect our Right to Keep and Bear Arms!

With your help, last week, we defeated every gun control measure that was considered in the U.S. Senate.  But your help is still needed to ensure that Congress does not take up gun control in the days and weeks to come.

As a reminder, these gun control proposals are wide-ranging and include an attempt to strip the Second Amendment Rights from those on secret government lists, require federal registration and licensing of all gun owners, and even reinstate the failed Clinton era ban on semi-automatic rifles--the so-called “assault weapons” ban.

We must continue to defeat these attacks on our firearm freedoms.

Gun control proponents in Congress will undoubtedly continue to push their agenda while the nation continues to grieve and many Americans look for answers after the terrorist attack in Orlando.  They simply cannot let the blame fall where it should: on the Obama administration’s continued failure to protect us from terrorists.

Instead, they’d rather blame law-abiding gun owners and restrict our Right to Keep and Bear Arms.

Even in the days immediately following Independence Day, anti-gun members of Congress will attempt to restrict the very freedoms that the founders of our country fought to protect.  We can’t let them prevail.

Please contact your U.S. Senators and your U.S. Representative immediately and let them know you oppose any new gun control measures. You can call your lawmakers at 202-224-3121 or click here to Take Action. 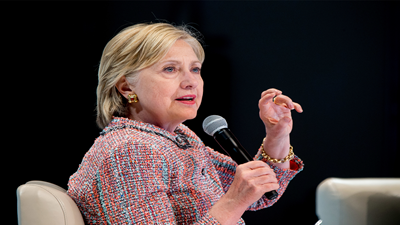 U.S. House Bows to Biden, Passes Legislation to Cancel Your RIGHT to Obtain a Firearm
Democrats Push to Limit Guns, But More People Want Them