Despite being described as “assault weapon reform,” the proposed legislation is nothing short of a ban of many common, legal firearms and “large-capacity magazines” currently possessed by millions of law-abiding Americans for self-defense, hunting, and recreational shooting.

Both bills use the same extensive definitions of “assault weapon” and “large-capacity magazine” (LCM). “Assault weapon” would include:

The bills exclude “any firearm that is manually operated by bolt, pump, lever, or slide action,” “antique” firearms, and any gun that has been made permanently inoperable.

An LCM is defined as “any ammunition feeding device with the capacity to accept more than ten rounds,” or “any conversion kit, part, or combination of parts, from which such a device can be assembled” if the parts are in the possession or control of the same person, but excludes a tubular magazine contained in a lever-action firearm and a .22 caliber tube ammunition feeding device.

The first bill, Senate Bill 5050, prohibits all possession, purchase, sale or transfer of an “assault weapon” or LCM, except as permitted. (“Transfer” already has a special definition in Washington law, and means any “intended delivery of a firearm to another person without consideration of payment or promise of payment including, but not limited to, gifts and loans.”) The exceptions for other than law enforcement personnel or licensed dealers include persons who legally possess such items when the law takes effect, and persons who become owners through inheritance or other operation of law, provided these owners can “establish such provenance.” Once grandfathered, owners are themselves prohibited from selling or transferring the item, other than to a licensed dealer or by way of permanent relinquishment to law enforcement. Guns and magazines relinquished to law enforcement “must be destroyed.”  These bills have less to do with “meaningful reforms” for public safety and reducing crime (other than the newly defined crimes of being gun owners) than they do with moving the incremental process of stigmatizing guns and eliminating firearm possession by law-abiding citizens another giant step forward in Washington State.

The bill also imposes a storage requirement on grandfathered owners as a condition of continued lawful possession. The “assault weapon” or LCM must be kept in a safe, gun safe, lock box or other device that can be locked and constructed of workmanship and material such “that it cannot be pried open or easily removed or defeated.”

The second bill, House Bill 1387, proposes a marginally less extreme alternative. First, it would impose a registration-licensing system for “assault weapons” and LCMs. Every person who possesses, transports, manufactures, purchases or sells an “assault weapon” or LCM must have an annual state-issued license, with an updated license required every time there is a change in possession of the gun or LCM. The licensing requirement has a delay period (until 2020) before it applies to persons who currently possess such items, but these persons would be prohibited from selling or transferring the gun or LCM to anyone other than a licensed dealer, a gunsmith, or to law enforcement for permanent relinquishment. Like the first bill, this bill mandates that relinquished guns and LCMs “must be destroyed.”

Licenses would not be available to persons under 21 years of age. Applicants would have to show proof of completing the specific kind of comprehensive training, and provide a statement that he or she will only use the gun or LCM for the specified “lawful” purposes and will always use “safe gun storage” when the "assault weapon" or LCM is not in the person’s “immediate possession.” The license applicant must provide a “full description” of both the lawful purpose for which the assault weapon or LCM is sought and the “safe gun storage” the applicant will use. The application also requires a minimum $50 fee, detailed personal information, detailed information about the weapon or LCM, fingerprinting, and a state database/NICS check. The bill also imposes a “great care” standard for licensees, in which the licensee must keep the assault weapon unloaded, within “secure gun storage,” when it is not in the licensee’s immediate possession.

Licensed dealers would be prohibited from selling or delivering an "assault weapon" or LCM to any person who does not have a state-issued license. Even with licensees, the bill would require the dealer to keep records of every transaction, to be submitted to local law enforcement. Further, because Washington State has a private background check requirement that applies to sales and “transfers” of firearms, the dealer performing a background check on a non-sale private “transfer” of an "assault weapon" is prohibited from “facilitating the transfer” if the parties lack the necessary licenses. Residents of other states would be prohibited from purchasing rifles and shotguns in Washington if the firearm comes within the definition of “assault weapon.”

According to a news report, the goal is to pass the “assault weapons” ban, with the second bill being the fall-back or alternative. Predictably, these measures are being characterized as “common-sense solutions” to prevent "gun violence".

As we’ve pointed out before, bans of “assault weapons” tend to be an arbitrary categorization of certain firearms based on the presence of designated features. These bans are unrelated to the likelihood of such guns being used in crime or in a mass shooting event. A study that Congress required on the impact of the federal assault weapons and LCM ban, which expired in 2004, “concluded that ‘the banned weapons and magazines were never used in more than a modest fraction of all gun murders’ even before the ban, and that the law’s 10-round limit on new ammunition magazines wasn’t a factor in multiple-victim or multiple-wound crimes.” Similarly, state-level data suggests there is no indication that "assault weapon" and LCM bans reduce violent crime. Despite being described as “assault weapon reform,” the proposed legislation is nothing short of a ban of many common, legal firearms and “large-capacity magazines” currently possessed by millions of law-abiding Americans for self-defense, hunting, and recreational shooting.

Moreover, based on a survey released a few days ago by the Pew Research Center, restrictions on "assault weapons" are not supported by the law enforcement community. The survey found that even though almost all (86%) of the officers describe their job as more difficult now than previously and that their department lacked enough officers to adequately patrol their community, only about a third of officers (32%) expressed support for a ban on "assault weapons" (and an overwhelming majority of the police officers, 74%, agreed that it was more important to protect the rights of Americans to own guns than it was to control gun ownership).

Sadly, these bills follow the recent tradition of Washington State’s poorly drafted gun control initiatives and misinformation in how these are portrayed to the public. The 2014 background check initiative, I-594, was peddled as one that required background checks “on all gun sales,” to prohibit “dangerous people” from buying guns. In reality, the legislation went far beyond regulating sales and covers almost all gifts, loans, and other “transfers” of a firearm, meaning that any situation in which a firearm temporarily changes hands is a potential violation of the law. Another Washington initiative, I-1491, on “extreme risk protection orders,” was described as a “temporary” suspension of a person’s access to firearms if there was “documented evidence” that the person may be dangerous. The actual text of the measure, however, authorizes court orders that ban possession or access to guns for a minimum of one year – which orders are renewable indefinitely – without any requirement for evidence by an expert or medical practitioner regarding the person’s mental health or propensity towards violence. Oddly, given the stated goal of the legislation, it does nothing to require a mental health follow-up or treatment for a person who is placed under such an order. And while the professed justification for passing such gun laws has been the need to save lives by keeping firearms out of the hands of criminals and other dangerous people, there’s little to show that there’s been any appreciable impact on public safety because of these restrictions.

Consistent with this pattern, though, we expect to see the drastic regulatory scope and reach of the new bills downplayed, with correspondingly big claims about their value in reducing gun violence.  Already, Attorney General Bob Ferguson’s press release states, about the first bill, that “[t]he legislation covers only sales, thereby grandfathering current gun ownership,” adding that the “ban on the sale of high-capacity magazines applies to magazines capable of holding more than 10 rounds of ammunition.” In fact, the plain language of the bill clearly prohibits, besides sales, the possession and “transfers” (gifts and loans) of guns and LCMs. Likewise, the licensing and registration regime is entirely omitted in the description of the second bill, which is referred to as “enhancing background checks and raising the minimum age required to buy” assault weapons and LCMs.  Nowhere is there a mention of the dire penalties.

These bills have less to do with “meaningful reforms” for public safety and reducing crime (other than the newly defined crimes of being gun owners) than they do with moving the incremental process of stigmatizing guns and eliminating firearm possession by law-abiding citizens another giant step forward in Washington State.

Washington NRA members and Second Amendment supporters are encouraged to click the "Take Action" button above to contact their state legislators in opposition to these anti-gun bills, SB 5050 and HB 1134, as well as HB 1387. 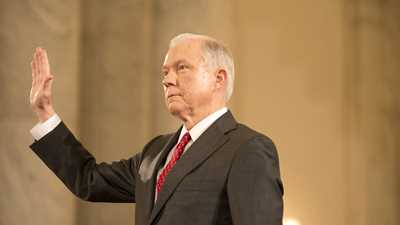