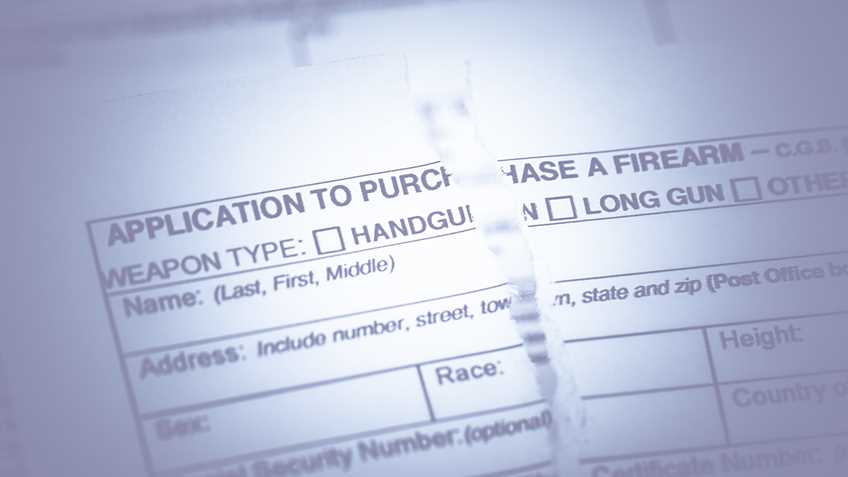 In what appears to be a bid to alienate a large swath of the American public in order to appease anti-gun extremists, last week Dick’s Sporting Goods CEO and Chairman Ed Stack issued an open letter in which he announced several changes to the company’s firearms sales policies. According to the missive, Dick’s will no longer sell some configurations of commonly-owned semi-automatic rifles and certain capacity magazines. The company will also refuse to sell firearms to adults ages 18 to 20.

These new policies will also cover Field & Stream stores, which are a Dick’s subsidiary that focuses primarily on outdoor recreation. Gun rights supporters should know that Field & Stream stores have no relation to the publication of the same name. Dick’s also owns Golf Galaxy.

In the days following Stack’s letter, Wal-Mart, Kroger-owned Fred Meyer, and L.L. Bean announced that they would also refuse to recognize the Second Amendment rights of adults ages 18 to 20. Wal-Mart took the additional step of purging nonlethal products that resemble commonly-owned semi-automatic rifles, such as toys and airsoft guns, from their website.

Rather than serving to protect the nation’s schools from violence, the recent corporate outburst against rifles and firearm purchasers serves to reveal an anti-freedom agenda.

Contrary to the inflammatory language used by those in the anti-gun media, the numbers make clear that the U.S. is not experiencing an epidemic of school shootings. While any school shooting is tragic, research by Northeastern University Professor of Criminology, Law, and Public Policy James Alan Fox found that school shootings have been declining since the 1990s. Further, in an article summarizing his research, Fox rejected the idea that a ban on rifle sales to those ages 18 to 20 could curb mass shootings because such incidents are so rare. Fox explained, “The thing to remember is that these are extremely rare events, and no matter what you can come up with to prevent it, the shooter will have a workaround.”

The Federal Bureau of Investigation’s Uniform Crime Reporting data shows that there were 374 murders committed with all types of rifles in 2016. That same year, 656 people were murdered where the perpetrator used only their hands and feet. 1,604 people were murdered with “knives or cutting instruments.” Blunt objects, such as bats or golf clubs, were used to commit 472 murders. There has been no word on whether Field & Stream intends to institute background checks on knife sales, nor whether Golf Galaxy will halt their dangerous practice of selling pitching wedges to young adults over the internet.

That there were 374 murders carried out with rifles in 2016 is tragic, but efforts to combat such a small number of fatalities in a nation of more than 320 million by further restricting rifles are destined to fail. The relatively small number of crimes perpetrated with rifles is one of the reasons why federally-funded researchers have repeatedly determined that the 1994 Dianne Feinstein semi-auto rifle and magazine ban did not have an appreciable effect on violent crime.

A 1997 Department of Justice-funded study from the Urban Institute, titled, “Impact Evaluation of the Public Safety and Recreational Firearms Use Protection Act of 1994,” admitted, “At best, the assault weapons ban can have only a limited effect on total gun murders, because the banned weapons and magazines were never involved in more than a modest fraction of all gun murders.”

A follow-up study published in 2004 on the eve of the sunset of the semi-auto ban, titled, “An Updated Assessment of the Federal Assault Weapons Ban: Impacts on Gun Markets and Gun Violence, 1994-2003,” came to a similar conclusion. The researchers noted, “the ban’s impact on gun violence is likely to be small at best, and perhaps too small for reliable measurement.” The study also made clear that “estimates consistently show that AWs [commonly-owned semi-automatic firearms] are used in a small fraction of gun crimes.”

A 2013 Department of Justice memorandum reiterated that commonly-owned semi-automatic rifles are rarely used in crime and that further restricting their sale would be futile. The memo acknowledged, “a complete elimination of assault weapons would not have a large impact on gun homicides.” The document went on to explain, “Since assault weapons are not a major contributor to US gun homicide and the existing stock of guns is large, an assault weapon ban is unlikely to have an impact on gun violence.” The survey also noted that restrictions on the sale of standard-capacity magazines would be fruitless unless coupled with a massive confiscation effort.

Aside from being poor policy, in some circumstances the new corporate restrictions may violate state and local anti-discrimination laws. As First and Second Amendment scholar and UCLA Law Professor Eugene Volokh pointed out in a recent blog post, certain state and local governments have enacted statutes and ordinances that bar discrimination in retail sales involving adults ages 18 to 20.

Dick’s’ corporate counsel doesn’t seem to have considered this eventuality, even though it could affect business in their home state of Pennsylvania. Section 953 of the Pennsylvania Human Relations Act states,

The opportunity for an individual to obtain employment for which he is qualified, and to obtain all the accommodations, advantages, facilities and privileges of any public accommodation and of any housing accommodation and commercial property without discrimination because of race, color, familial status, religious creed, ancestry, handicap or disability, age, sex, national origin, the use of a guide or support animal because of the blindness, deafness or physical handicap of the user or because the user is a handler or trainer of support or guide animals is hereby recognized as and declared to be a civil right which shall be enforceable as set forth in this act.

The act goes on to define “public accommodation” to include “retail stores and establishments.”

Fred Meyer’s policy could also face a challenge in their home state of Oregon. Section 659A.403(1) of the Oregon Revised Statutes makes clear,

all persons within the jurisdiction of this state are entitled to the full and equal accommodations, advantages, facilities and privileges of any place of public accommodation, without any distinction, discrimination or restriction on account of race, color, religion, sex, sexual orientation, national origin, marital status or age if the individual is of age, as described in this section, or older.

The sale of alcohol and marijuana are specifically exempted from this section, but there is no such exemption for the sale of firearms.

Astute gun rights supporters will remember that this is not the first time Dick’s has turned their back on gun owners. Back in 2012, Dick’s made headlines when it responded to the shooting in Newtown, Conn. by removing AR-15s from its stores. In doing so, Dick’s reneged on a deal with AR-15 manufacturer Troy Industries to supply the sporting goods chain with rifles. Suggesting that their position on the topic was the product of political posturing rather than actual conviction, when Dick’s launched its Field & Stream brand stores the company made sure to stock them with AR-15s.

Further, gun owners who value their privacy have long-avoided purchasing firearms at Wal-Mart. In 2008, Wal-Mart collaborated with billionaire Michael Bloomberg’s anti-gun group Mayors Against Illegal Guns to more thoroughly track retail gun sales. As part of the effort, Wal-Mart agreed to maintain a video record of all firearms transactions within their stores. Some viewed the changes as an attempt to curry favor with then-New York City Mayor Bloomberg in order to improve the company’s chances of opening a store in Gotham.

The National Shooting Sports Foundation estimated that in 2017 the firearms and ammunition industry accounted for $51.3 billion in total economic activity. With 100 million gun owners nationwide, the shooting sports are big business and the industry’s customers can exert a significant amount of influence when they make decisions regarding their firearms and ammunition purchases and their buying habits more generally. Moreover, retailers should be aware that firearms consumers exhibit a loyalty and political awareness uncommon to many industries - a trait born out of necessity. Let there be no doubt that America’s gun owners will remember the corporations that sought to scapegoat them during a moment of tragedy.

The NRA Has a Secret Weapon to Fight Gun Control: A Powerful App