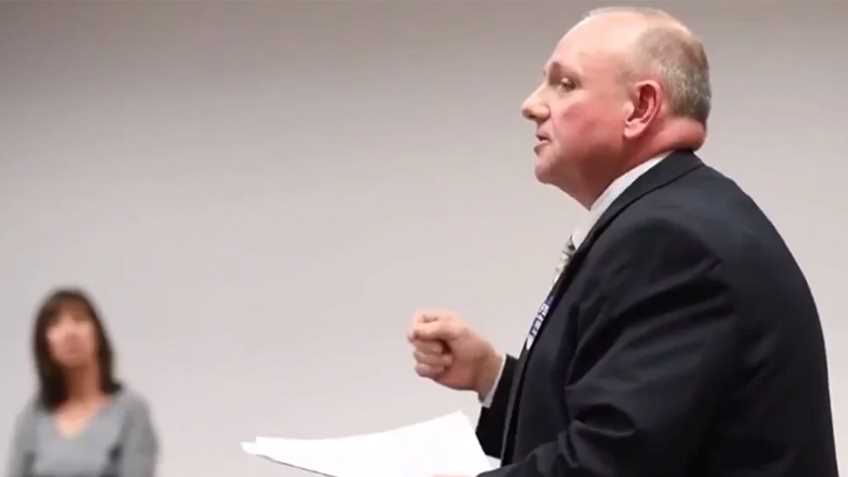 The term “bunkum,” or “buncombe,” is defined by the Merriam-Webster Dictionary as “language, behavior, or ideas that are absurd and contrary to good sense.” The word originated in the early 19th century when U.S. Representative Felix Walker, who represented Buncombe County, North Carolina, refused to end a reportedly “long, dull, irrelevant speech.” Instead of finishing his long-winded remarks, Walker retorted, “I'm talking to Buncombe.”

It’s fitting then that on March 7, Buncombe County, N.C. Sheriff’s candidate R. Daryl Fisher was the one to set a new standard for political bunkum. At a meeting with members of the Michael Bloomberg front group Moms Demand Action, Fisher expressed his support for a raft of gun control measures and said that he would have no problem taking firearms from gun owners’ “cold dead hands.”

After expressing a desire to ban commonly-owned semi-automatic firearms, Fisher told the gathered gun control advocates, “I’m gonna tell you now don’t buy into the scare tactics. Don’t believe the scare because you’ve heard people say ‘you’ll have to pry my guns from my cold dead hands.’ Ok.” Following the candidate’s “Ok,” the anti-gun zealots erupted into applause. Several seconds later, perhaps realizing the gravity of what he just admitted, Fisher added, “Whenever you pass away, we'll come get it.”

Gun rights supporters have taken Fisher’s words as a threat that he is willing to kill in order to seize their firearms. Clips and summaries of the sheriff’s statement have been widely circulated on the internet and the story has been picked up by several national news outlets.

The furor has prompted a dubious and self-serving effort by Fisher to contend that his statement was merely a joke and that his critics misunderstood his remarks. Addressing the matter on his campaign’s Facebook page, Fisher claimed, “a one-sentence clip from that meeting has been taken out of context and circulated on social media with a false interpretation of what I actually said.”

Offering an innovative legal theory to show that he didn’t really mean what he said, Fisher also wrote on his Facebook page,

Now, the government cannot take a firearm that was legally purchased. Based on the law today, if somebody purchased a firearm legally — if we were able to pass a law tomorrow banning that firearm, or banning the high-capacity magazine or banning the mechanisms, there is case law that states we cannot enforce what happened yesterday with a law passed today. That’s called an ex-post facto law.

Here, Fisher displays a misunderstanding of what an ex-post facto law even is. A law prohibiting possession of an item is not invalid as an ex-post facto law against those who continue to possess the item after the law is enacted. The case law Fisher refers to is anyone’s guess.

For their part, the local press have done their best to push Fisher’s version of events and to portray the candidate as the victim of pro-gun fear-mongering. An article from the Asheville Citizen dismissed Fisher as a failed “comedian,” and lamented that the brash candidate has received threats “too numerous to count.” “People are posting my home address, my home phone number, my personal cell number on the internet,” Fisher told the paper, adding, “People have made death threats against me.”

Readers should watch a clip of Fisher’s entire remarks and come to their own conclusion. However, it is understandable that some gun owners would suspect the worst of Fisher.

It is unclear whether Fisher understands the scale of the operation necessary to enforce such laws. If compliance in a handful of left-leaning states is any indication, Fisher would have his hands full trying to pry guns away from citizens in gun-loving Appalachia.

In 1989 California enacted a law that banned certain configurations of semi-automatic firearms and required current owners to register their firearms by December 31, 1990. Prescient Golden State residents largely refused. A week out from the deadline, the New York Times reported, “As a one-year registration period draws toward an end on Dec. 31, only about 7,000 weapons of an estimated 300,000 in private hands in the state have been registered.” A count from early 1991 placed the registered total at 19,936, or about 6.5 percent of the estimated firearms subject to registration.

In 2013, Connecticut legislators passed a law requiring those who owned certain semi-automatic firearms to register their guns with the state by the end of the year. In early 2014, a state police spokesman said that officials had received about 50,000 applications to register a semi-automatic firearm. The Hartford Courant reported that the “50,000 figure could be as little as 15 percent of the rifles classified as assault weapons owned by Connecticut residents.”

Another northeastern state required residents to register types of commonly-owned semi-automatic firearms before April 15, 2014. In 2015, the state was forced to release data that showed only 23,847 people registered 44,485 guns. Some estimated the total number of guns in the state subject to the registration requirement at 1 million. The poor compliance rate led some proponents of the law to whine that Connecticut residents had registered more firearms, despite having one-fifth the population.

With this track record of noncompliance, anyone intent on registering or confiscating firearms can expect to be met with noncompliance. Does tough-talking Fisher really think he has what it takes to pry guns from citizens down in the hollers of Buncombe County? Who knows? But what is clear is that whether it is his threats to otherwise law-abiding gun owners, his dubious apology, or his inventive legal analysis, Fisher is full of bunkum. 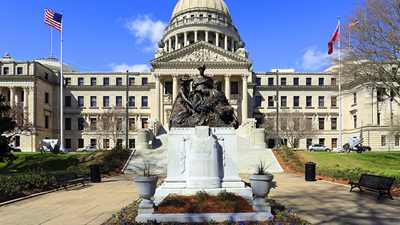