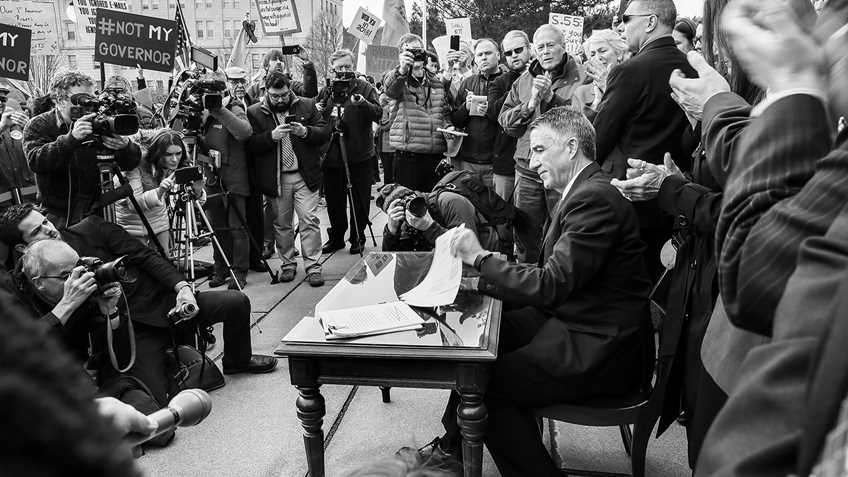 Governor Phil Scott took to the steps of the Statehouse Wednesday afternoon to ink his signature on the wildly unpopular S.55.  Rather than quietly sign the bill, Scott opted for a full public display to rub salt in the wounds of the law-abiding gun owners and NRA members who donned orange to witness the epic betrayal for themselves.  It seems like just yesterday candidate Phil Scott was promising “no new gun laws.”  Elected with the support of law-abiding gun owners and sportsmen, the Governor has now signed into law the most drastic gun control in the history of the state.

S.55 bans the sale of commonly owned rifle magazines holding more than 10 rounds and handgun magazines accepting more than 15 rounds.  The bill also prohibits those under 21 years of age from buying rifles and shotguns as they are currently allowed to do under both federal and state law.  In addition S. 55 bans certain firearm accessories and requires mandatory background checks on most private firearm transfers.  Of course, none of these bills will truly address school safety or enhance public safety.  This bill does one thing, punish law-abiding gun owners in one of the safest states in the country.