Ocean State NRA members will have to dial into the Statehouse this year if they want to make their voice heard on a full slate of gun bills scheduled for Friday.  This agenda is the worst of the worst and includes almost two dozen gun bills.

The House Judiciary Committee will hear the following bills on Friday, March 19 at 1 p.m.:

H.5381, by Rep. Anastasia Williams, will require purchasers to sign a release of their medical records.  The price of exercising your constitutional rights is sacrificing your privacy.

H.5553, by Rep. Justine Caldwell, requires mandatory storage and establishes penalties as a felony!  This will result in a lifetime gun ban.

H.5554, by Rep. Caldwell, bans magazines holding more than 10 rounds.  Criminals do not follow magazine bans, and this legislation will not impact public safety.  However, it will put law-abiding gun owners at a distinct disadvantage in self-defense situations.

H.5555, by Rep. Katherine Kazarian, will prohibit carry in K-12 schools.  This is currently allowed under existing law, and there has never been a problem.  This bill has been introduced for at least 10 years, and during that time there have been no issues.  It has truly become a solution is desperate search of a problem.

H.5556, by Rep. Caldwell, bans possession, sale and transfer of commonly-owned semi-automatic rifles.  Similar to the magazine bill, we know this legislation will not work.  There was a federal “assault weapons ban” from 1994 until 2004, and when that law expired without being renewed, a U.S. Department of Justice study revealed that the ban did not have a significant impact on crime.  The bottom line is that this is an outright gun ban on one of the country’s most popular firearms.

H.5970, by Rep. Teresa Tanzi, will raise the age for purchasing long guns from 18 to 21, completely depriving a class of legal adults of their Second Amendment rights.

In addition to the sample of bad legislation outlined above, there are also a couple good bills on the agenda as well.

H.5972, by Rep. Mike Chippendale, provides for permitless carry for anyone over age 21.

Again, you can review the complete agenda on the Legislature’s Website.

This link to the state website also contains instructions on how to submit written and oral testimony.  However, this is a relatively complicated process, and one of our partner Second Amendment groups, in conjunction with our state association, has made the task of signing up much easier.  We are working together to make sure we get as many people as possible to participate.
Anti-gun legislators are using this process during COVID to infringe on your rights.  It is absolutely critical that you participate on Friday.  Please visit this link to make the process much easier:  http://rifol.org/house_jud_3-19-21.php

And, as always, please contact your representative by simply clicking the “take action” link. 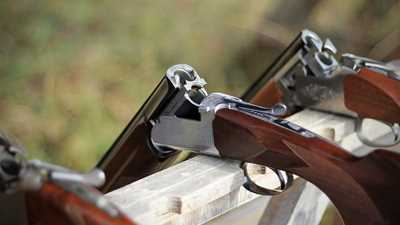