Today an NRA-backed lawsuit was filed challenging Ballot Measure 114, which voters passed by a slim margin last month. Measure 114 creates a falsely labeled “permit to purchase” a firearm requirement and bans standard capacity magazines, which it also falsely labels as “large capacity,” both of which are unconstitutional.

The permit to purchase is a misnomer. It requires individuals to complete several burdensome tasks to get, but it does not actually permit them to purchase a firearm. The Measure’s text makes that crystal clear: “A permit-to-purchase issued under this section does not create any right of the permit holder to receive a firearm.”

Even worse, there is no system in place to obtain the permit. The lawsuit points this flaw out: “One might think that a state bent on imposing such a novel and burdensome permitting regime would at least take the time to make sure it had the infrastructure and resources in place to ensure that it would operate as smoothly as possible. But Oregon is not even willing to do that. Instead, the state has rushed the effective date of its new law to December 8, 2022—before the vote on Measure 114 has even been certified, and before the mechanisms to comply with it will be anywhere close to in place.” In effect, it is now legally impossible for law-abiding citizens to exercise their rights to acquire a firearm—a fundamental right preserved by the Second Amendment.

But that’s not all. Measure 114 also mislabels magazines capable of holding more than 10 rounds of ammunition as “large capacity magazines” and outlaws them. These magazines “are commonly owned by millions of Americans for all manner of lawful purposes, including self-defense, sporting, and hunting.” The lawsuit argues. “Today, Americans own roughly 115 million of them, accounting for ‘approximately half of all privately owned magazines in the United States.’” These commonly owned magazines cannot be outlawed under the Second Amendment. Indeed just this summer, the United States Supreme Court reversed and remanded two other cases that the NRA brought challenging similar magazine bans in California and New Jersey.

The case was brought on behalf of two individuals, Mazama Sporting Goods, the National Shooting Sports Foundation, and the Oregon State Shooting Association, which is the NRA’s state affiliate. It is captioned Eyre v. Rosenblum and was filed in the United States District Court for the District of Oregon. 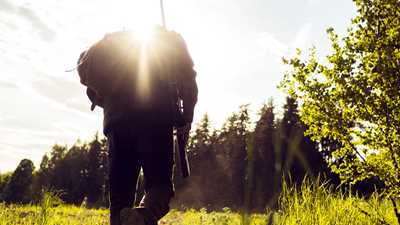