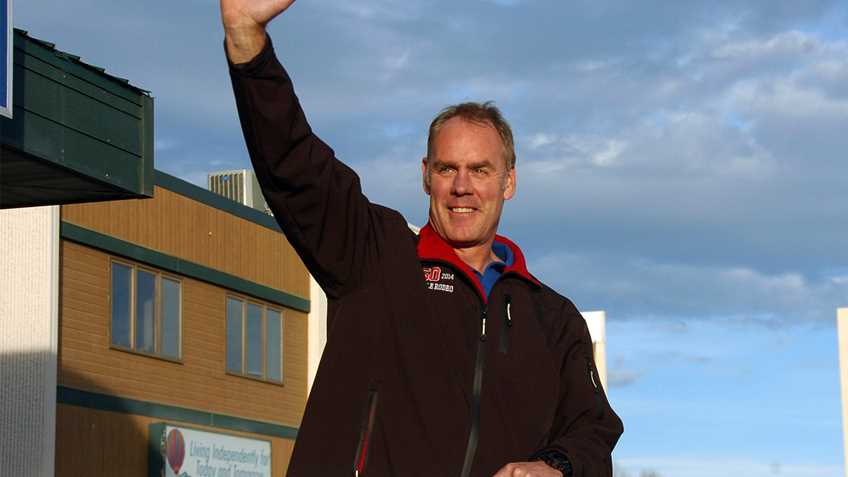 On Tuesday, the U.S. Senate Committee on Energy and Natural Resources approved President Donald Trump’s nominee for Secretary of the Interior, Rep. Ryan Zinke (R-Mont.), by a 16-6 vote. Zinke’s nomination now moves to the full Senate, where a confirmation vote will likely take place in the coming weeks.

Zinke, a first-term congressman, is a Navy Seal veteran and former Montana state senator. Zinke is also an avid sportsman, a trait the nominee has made clear will inform his stewardship of the nation’s public lands. During his confirmation hearing on January 17, Zinke shared some of the origins of his respect for the nation’s public lands, noting,

Today those lands provide American's the opportunity to hike, fish, camp, recreate, and enjoy the great outdoors. It was on these lands that my father [taught me] to hunt and fish and the boy scouts taught me the principles and environmental stewardship and the importance of public access.

Later in the hearing, Zinke explained the importance of using the nation’s public lands for multiple purposes, including hunting, and the important role access to public lands plays in ensuring that hunting remains a sport open to all Americans. The Congressman explained,

What I have seen most recently is our access is being shut off, roads are being shut off, and we're all getting older. And when you don't have access to hunting areas, traditional fishing areas, it makes it an elite sport. And I'm particularly concerned about the elitism of our traditional hunting, fishing, and snowmobiling. Making our public lands accessible in the spirit of multiple use.

Later on, Zinke again remarked on the importance of access to public lands for hunting, stating,

I'm concerned that not only our generation, but our next generation who continuously sees closed roads, fences and lack of access.

Zinke’s vocal support for hunters and shooters has been backed up with action. In February 2016, Zinke voted for the Recreational Fishing and Hunting Heritage and Opportunities Act, which would have created more opportunities for hunting and shooting on Bureau of Land Management and Forest Service lands. Fighting for his Montana constituents, in September 2016, Zinke called on the Forest Service to lift a recreational shooting ban in Custer Gallatin National Forest.

Zinke understands the vital role that public lands play in ensuring that the shooting sports are open to all Americans, and as Secretary of the Interior will be in a position to promote our hunting and shooting heritage. That is why NRA members must take action to secure Zinke’s confirmation.