Next Monday, April 17, both the Senate and House Judiciary Committees will be hearing bills that, if passed, would impact your Second Amendment rights in Oregon.  Please join NRA at the Capitol to ensure your voice is heard!  Please click here to RSVP and join NRA at these hearings.  Also, please contact members of the Senate and House Judiciary Committees regarding these bills!

Click the “Take Action” button below to contact the Senate and House committee members!  Hearing details can be found below.

Your voice needs to be heard!  NRA members and Second Amendment supporters are all encouraged to attend these hearings!

Senate Bill 868, introduced by state Senator Ginny Burdick (D-18) and state Senator Brian Boquist (R-12), would create a so-called “Extreme Risk Protection Order” (ERPO) that could be obtained by a law enforcement officer, family member, or household member in an ex parte hearing to deprive someone of their Second Amendment rights without due process of the law.  This ex parte order, which strips the accused of their Second Amendment rights, would be issued by a judge based on the brief statement of the petitioner.  The accused would not be afforded the chance to appear in court to defend themselves against the allegations when the ERPO is issued.  These orders may be issued without any allegations of criminal behavior.

Senate Bill 797, sponsored by the Committee on the Judiciary, would require firearm transfers to be indefinitely delayed if the Oregon State Police (OSP) are unable to determine eligibility.  A deferral from OSP does not necessarily mean the recipient is prohibited, but rather that OSP is not satisfied with the background check inquiry and a determination has not yet been made.  Currently, federal law allows a licensed firearm dealer (FFL) to release a firearm after three business days if they have not received any additional correspondence after receiving a “delay” when conducting the initial background check for a firearm transfer.  This safeguard prevents the potential shutdown of sales via endless delays and allows law-abiding individuals to take possession of a firearm in a timely manner.

House Joint Resolution 13, introduced by state Representative Brad Witt (D-31), would propose amending the Oregon Constitution to state that it is not a violation of the right of the people against unreasonable search or seizure for the law to allow police to ask a person if they are in possession of a firearm at any time.  While this resolution was introduced with the intention of protecting law enforcement officers, it would fall short of that while weakening the right to be free from unreasonable search and seizure.  NRA strongly supports law enforcement, but this resolution is broadly drafted and would make a constitutional right subject to the whims of the voters.

Your NRA-ILA has been actively working with the sponsors of HJR 13 and HB 2526 to try and amend these bills.

In addition to these anti-gun bills, there is one pro-gun bill for which it is critical for committee members to hear your support.  House Bill 3281 is a partial fix for the anti-gun memorandum issued by Governor Kate Brown’s Department of Administrative Services.  Her memorandum prohibits state employees from possessing a personal firearm in the workplace, even if they have a concealed handgun license.  HB 3281 would allow state employees with concealed handgun licenses to store personal handguns and ammunition in locked containers in their parked vehicles.  This would ensure that law-abiding citizens are not left defenseless simply because they work for a state agency.

Again, please consider attending these hearings next week and clicking the “Take Action” button above to contact the committee members in regards to these bills!  Stay tuned to www.nraila.org and your email inbox for further updates. 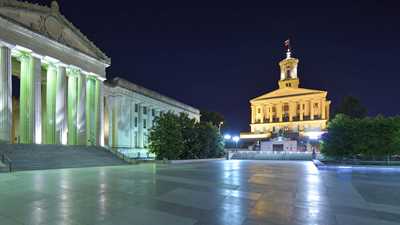