House Speaker Nicholas Mattiello summoned lawmakers back to Providence in a rare September session, and the House passed an anti-gun bill Tuesday afternoon.  The session had abruptly ended in June with the budget and a handful of other issues unresolved.  Among the unfinished business was H.5510/S.405.  The bill, which was aggressively pushed by anti-gun groups Moms Demand Action and Everytown, falsely portrayed this bill as domestic violence legislation.

In reality, this bill is fraught with problems and lacks due process protections for those falsely accused.  Your NRA has always maintained that convicted violent abusers should be harshly punished.  However, this bill goes beyond that and includes restraining orders where there has been no finding of guilt.

Fortunately, the Senate had blunted some of the most glaring problems in the original bill, but House members had not adopted the Senate changes when both chambers left Providence in June.   Clearly, the preferred outcome would have been no bill passing.  However, the House came back into session this week and passed the amended bill, which means it now heads to Gov. Gina Raimondo for her signature.

It should be abundantly clear to all Ocean State gun owners that next year is going to be a busy and important year.  We fully expect more gun control bills next January when lawmakers return for the 2018 Legislative Session, and we will be more determined than ever to stop these anti-gun politicians. 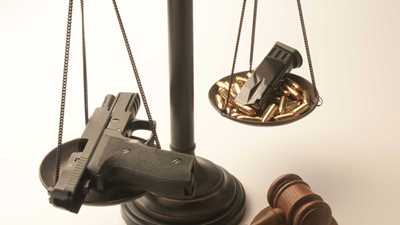