On Wednesday, June 13th, the Oregon Supreme Court sided in part with the NRA, OHA, and other petitioners in our motion for reconsideration that objected to the court's fast-tracked scheduling order.  In doing so, the court denied two motions from the Chief Petitioners of Initiative Petition 43 and modified important filing deadlines in our legal challenge contesting the inadequate ballot title.  This modification is a victory for NRA members and Second Amendment supporters across Oregon.

The initiative must receive 88,184 valid signatures by July 6th in order to appear on the November ballot; however, they cannot begin signature gathering until the legal challenge is resolved.

As previously reported, the NRA filed a joint legal challenge with the Oregon Hunters Association contesting the misleading and inadequate ballot title as certified by the Oregon Attorney General for Initiative Petition 43.  Initiative Petition 43 would ban most semi-automatic firearms, including rifles, pistols, and shotguns, based only on their cosmetic features.  It would also ban standard-capacity magazines and semi-automatic firearms with a fixed magazine that can hold more than 10 rounds of ammunition.  Anyone in legal possession of these firearms or magazines would be required to sell, surrender, register, or remove them from the state.

Please stay tuned to your email inbox and www.nraila.org for further updates on the status of this legal challenge and other issues impacting your Second Amendment rights in Oregon.

New York: Microstamping On the Assembly Calendar For Thursday 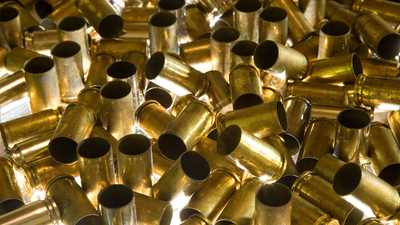