No, It’s Not Harder to Buy Allergy Medicine than a Gun 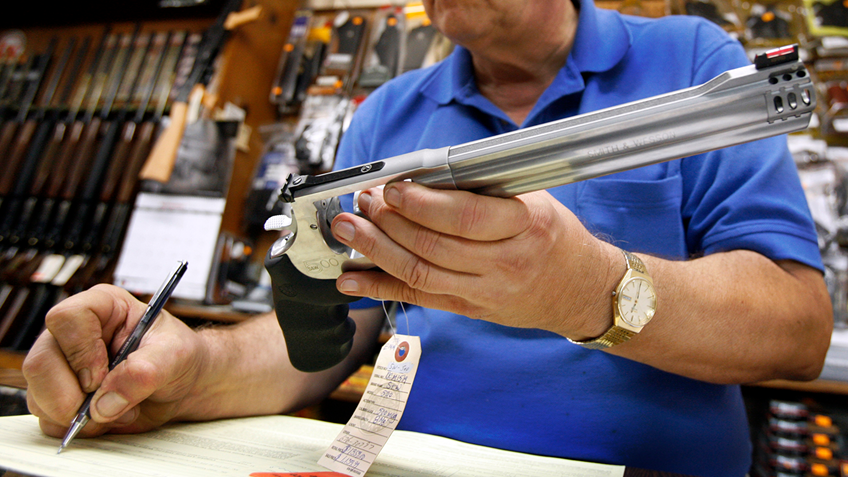 The message reached a wider audience when it was retweeted by Fred Guttenberg, the father of one of the shooting victims in Parkland, Fla., who wrote “Harder to buy Claritin D then a gun. No further comment needed. Just let that sink in.”

There are substantial federal rules regarding the sale of pseudoephedrine- a precursor chemical for methamphetamine production. Therefore, Hunter and Guttenberg’s claims were a somewhat less egregious tweak on a series of wholly indefensible statements made by former president Barack Obama. However, retail gun sales are far more restricted than sales of Claritin-D and other products containing pseudoephedrine.

On March 6, 2015, Obama told a crowd in South Carolina, “And as long as you can go into some neighborhoods and it is easier for you to buy a firearm than it is for you to buy a book, there are neighborhoods where it’s easier for you to buy a handgun and clips than it is for you to buy a fresh vegetable — as long as that’s the case, we’re going to continue to see unnecessary violence.” The ludicrous statement earned the president three Pinocchios from the Washington Post fact checker. Undeterred, on July 7, 2016, Obama stated to an event in Dallas, Texas, “We flood communities with so many guns that it is easier for a teenager to buy a Glock than get his hands on a computer or even a book.” Those remarks earned the commander in chief another three Pinocchio rebuke from the Post.

The matter of pseudoephedrine is a bit more complicated.

In relation to federal law, the distribution of medication containing pseudoephedrine is governed primarily by the Combat Methamphetamine Epidemic Act of 2005. The law requires retailers to keep products containing the chemical compound behind the pharmacy counter or in a locked container away from the direct access of customers.

The sale of certain quantities of medications that contain pseudoephedrine is subject to a recordkeeping requirement. Retailers must maintain a logbook of sales that contains the name and address of a purchaser, the time and date of the sale, and the product and quantity sold to the purchaser. The purchaser must present an identification card or document, which can include a driver’s license, school identification card, or voter’s registration card. The purchaser is required to sign the logbook and the retailer must maintain the record of the sale for at least two years.

A retailer may not sell a single purchaser more than 3.6 grams of pseudoephedrine in a single day or more than 9 grams in a 30-day period, under most circumstances. Sales of less than 60mg of are not subject to the recordkeeping requirement.

State laws on the sale of pseudoephedrine vary significantly. As of 2015, Connecticut, Maryland, Massachusetts, New Hampshire, New York, and Rhode Island did not have state laws concerning distribution of the substance. In contrast, Mississippi and Oregon require a prescription to buy drugs containing pseudoephedrine.

Some states have created an age requirement of 16 or 18 to purchase the drug. A handful of states have restricted access to pseudoephedrine for those who have a criminal history relating to methamphetamine.

a document made or issued by or under the authority of the United States Government, a State, political subdivision of a State, a sponsoring entity of an event designated as a special event of national significance, a foreign government, political subdivision of a foreign government, an international governmental or an international quasi-governmental organization which, when completed with information concerning a particular individual, is of a type intended or commonly accepted for the purpose of identification of individuals

Hunter would not have been able to purchase a firearm if she had presented her expired driver’s license to an FFL. The Bureau of Alcohol, Tobacco, Firearms and Explosives has made clear that as it relates to firearm purchases,

Purchasers must fill out ATF Form 4473. The form requires buyers to list their name, place of birth, current address, date of birth, height, weight, and race. The forms also asks a series of questions to determine if the prospective buyer is prohibited from possessing firearms. An FFL is required to use the information provided on the Form 4473 to query the Federal Bureau of Investigation’s National Instant Criminal Background Check System to determine that the FBI does not have any records indicating that the purchaser is prohibited from possessing firearms. The FFL also records information about the firearm to be transferred onto the Form 4473. 27 CFR 478.129 requires FFLs to keep each Form 4473 “for a period of not less than 20 years after the date of sale or disposition.”

As for age restrictions, 18 U.S. Code § 922(b) states that FFLs are prohibited from selling or delivering,

Federal law prohibits several categories of individuals from possessing firearms and FFLs from knowingly transferring firearms to them under 18 U.S.C. § 922(d) and (g). These categories include anyone who has been convicted of a crime punishable by imprisonment of more than one year, fugitives from justice, unlawful users of controlled substances, those adjudicated as a mental defective or committed to a mental institution, and those convicted of a misdemeanor crime of domestic violence.

Federal law governing the retail sale of firearms is more liberal than the pseudoephedrine scheme in one respect. Federal law does not ration the number of firearms a law-abiding individual may purchase in a given time period. However, under 18 U.S.C. § 923(g)(3), the sale of multiple handgun to a single purchaser within five consecutive business days is subject to a further record-keeping requirement.

Back when the Post admonished Obama for comparing gun sales to produce, he noted, “The gun debate is serious enough that it should not be poisoned by exaggerated claims and faux statistics.” They’re right. Hunter and Guttenberg’s inaccurate statements may not have been as ridiculous as the former president’s, but that shouldn’t be anyone’s yardstick for honesty.

The big, dumb controversy that epitomizes the debate over Brett Kavanaugh