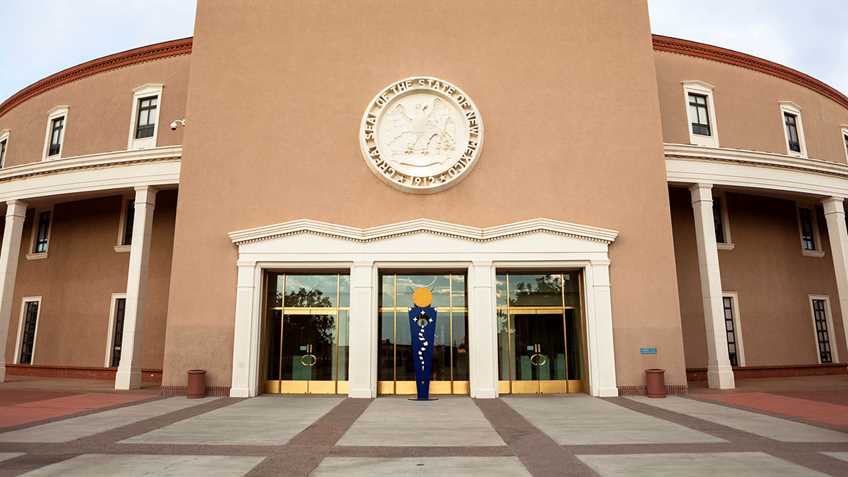 The New Mexico Legislature has now heard and passed both House Bill 8 and Senate Bill 8 in their chambers of origin.  These measures will now be transferred to the opposite chamber and receive further consideration.  It is more important than ever that you contact your state Representative and state Senator and strongly urge them to OPPOSE House Bill 8/Senate Bill 8.

House Bill 8 would criminalize all private firearms sales between law-abiding individuals. Gun owners would be forced to pay undetermined fees and obtain government approval before selling firearms to family members, friends, neighbors and co-workers, or fellow hunters, competitive shooters and gun club members. This proposal would have no impact on crime and is unenforceable without gun registration.

Senate Bill 8 was amended on the Senate floor before being passed.  SB 8, as amended, imposes similar restrictions as HB 8, except it will require that all federal firearm licensees perform these background checks, and exempts transfers between “family members.”

Again, all NRA Members and Second Amendment supporters are encouraged to contact their state Representative and state Senator and strongly urge them to OPPOSE House Bill 8/Senate Bill 8 when it comes up for a vote.

A recent article on a gun control news site laments that the COVID-19 pandemic has thwarted ballot initiatives to expand gun bans and restrictions. Initiatives in Florida, Oklahoma, Ohio and Oregon have stalled, allegedly due to the ...

In 1819, Chief Justice John Marshall of the U.S. Supreme Court famously wrote:  “the power to tax involves the power to destroy ….”

Yes, that title doesn’t make much sense, but neither does a group that promotes banning firearms starting a national organization called Gun Owners for Safety. Nonetheless, The Hill recently reported that the anti-gun group Giffords is doing just ...

Americans have made clear that they value their Second Amendment rights, especially during uncertain times. Faced with the COVID-19 pandemic and then widespread civil unrest, Americans have bought firearms in record numbers. Through September, the FBI ...

During a September 2019 “townhall” hosted by New Hampshire ABC affiliate WMUR, Democratic presidential candidate Joe Biden made clear that he does not believe the Second Amendment protects an individual right to keep and bear arms and ...

The confirmation hearings of Judge Amy Coney Barrett, President Trump’s nominee to the U.S. Supreme Court, are due to begin on October 12th before the Senate Judiciary Committee, chaired by U.S. Senator Lindsey Graham (R-SC).