On Tuesday, March 12, the Senate Judiciary Committee will be holding a public hearing at Vermont Technical College in Randolph Center, VT.  The hearing will take place from 5:30 p.m. – 7:30 p.m. in Judd Hall.  We strongly encourage all Vermont NRA members and gun owners to attend and make their voices heard.  Again, please wear orange in solidarity with fellow gun owners.

S.1 by Sen. John Rodgers would repeal the July 1, 2019 sunset on allowing large capacity ammunition feeding devices to be transported into Vermont for shooting competitions.

S.2 by Sen. Rodgers is an act relating to permitting large capacity ammunition feeding devices to be transferred from one immediate family member to another by a properly executed will.

S. 13 by Sen. Rodgers is an act permitting the transfer of large capacity ammunition feeding devices between immediate family members.

Also on the agenda is a terrible anti-gun bill being pushed by last year’s S.55 architect, Sen. Phil Baruth.  S.22 would create a 48-hour waiting period for all firearm sales and require that when a firearm is not in a person’s immediate possession or control, the firearm must be locked in a safe storage depository or rendered incapable of being fired.  This legislation would kill gun shows and decimate local businesses.  This legislation would have virtually no impact on public safety or suicide prevention.  There is zero evidence that waiting periods have any type of impact on suicide prevention or criminal use of firearms.  In addition, the storage provision of the bill would render firearms useless in self-defense situations.  This bill would tip the scales toward criminals as law-abiding gun owners would be forced to keep their firearms under lock and key.

Finally, S.72 is an act relating to extreme risk protection orders and notification.  The bill requires annual data to be released on the use of these orders and also allows health care providers to notify law enforcement when a patient poses an extreme risk to himself or others.

Your Support In Action 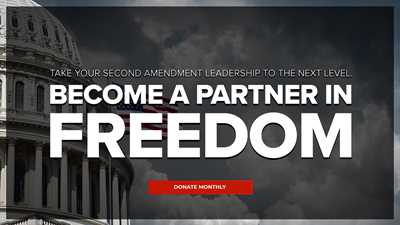