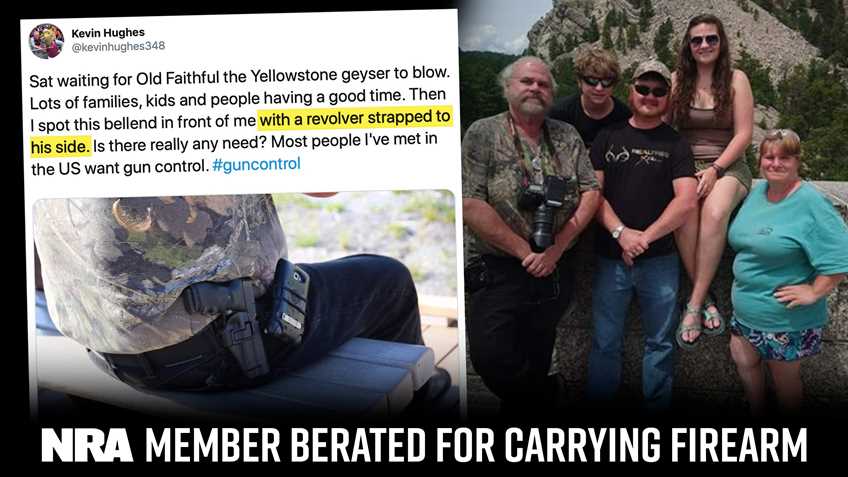 NRA member Darrell Kennedy was on vacation with his family at Yellowstone National Park earlier this month when an anti-gun vacationer snapped a photo of his holstered firearm and tweeted out a hate message.

“Sat waiting for Old Faithful the Yellowstone geyser to blow. Lots of families, kids and people having a good time. Then I spot this (expletive) in front of me with a revolver strapped to his side. Is there really any need? Most people I’ve met in the US want gun control,” the tweet read.

Kennedy and his family didn’t know about the tweet at first. But later that night, a friend of Kennedy’s 24-year-old daughter, Brooksie, forwarded her the tweet and asked, “Is this your Dad?”

“It made me mad at first,” Brooksie Kennedy said. “I know my blood pressure went up. I was shocked.”

The social media shaming came at the climax of their trip, and the Kennedys were understandably upset that their time together was interrupted by such an unsettling event. But later that night, Brooksie Kennedy started reading all the comments below the tweet and she felt better.

“I really am amazed at how that man’s tweet backfired. All the comments were from people sticking up for my dad,” she said.

Darrell Kennedy, 58, is a former law enforcement officer who says he carries almost everywhere he is allowed to. He always checks the rules and laws before going someplace new with his firearm, and he knew he was allowed to have his firearm on him at Old Faithful that day. The tweet, he said, was an aberration from how he’d been received throughout the family’s 10-day trip.

“I’ll tell you what,” he said. “There was probably a 10 to 1 ratio of people walking up to me and shaking my hand and thanking me for having my firearm and exercising my Second Amendment rights.”

One of those people, he recalled, thanked him for the safe feeling Kennedy provided by carrying.

“The biggest thing for me, I guess, I’ve always been a defender of the defenseless. Women, children, or the elderly,” he said.

In his hometown of Bath Springs, Tennessee, Darrell Kennedy carries his firearm to church on Sundays and sits in the back of the congregation on the request of his preacher.

When asked how the tweet made him feel, Kennedy said, “Even the person who took the picture of me, if something happened to him, I would have helped him and defended him. I’m not some kind of a hero. I’ve always just tried to help.”

This kind of situation is all-too-common in America, and the NRA hears from people regularly who are shamed, or discriminated against, or made to feel bad for exercising their constitutional rights. It’s a shame.

The Kennedys didn’t let the incident ruin their vacation, though. They saw Yellowstone National Park, the Grand Tetons, the Rocky Mountain National Park, Mount Rushmore, and a number of state parks.

“It was just an awesome trip,” Brooksie Kennedy said. 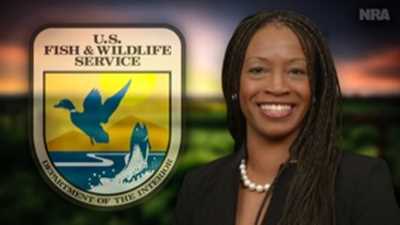 This is What Keeps America Free

Member Spotlight: Meet the student who was harassed for posting a picture with his firearm

Member Spotlight: Meet the Police Officer Who Told Congress She ‘Would Not Comply' with a Gun Ban