On July 14, a judge in Lynchburg, VA, partially blocked enforcement of the Commonwealth’s new ban on private firearm sales, ruling it effectively prohibits law-abiding adults under age 21 from acquiring handguns, in violation of Virginia’s constitutional right to keep and bear arms. The decision came in the case of Elhert v. Settle.

“Prior to the [challenged] Act,” the court wrote, “those between the ages of 18 and 21 could purchase a handgun through only a private sale, not from a licensed dealer.” This is because licensed dealers (FFLs) are bound by a federal law that prohibits FFLs from transferring handguns to those under age 21. By channeling all firearms sales through FFLs, Virginia’s new law categorically bans adults age 18 to 20 from legally acquiring handguns.

While attorneys for the Commonwealth admitted this was the outcome of the law, they insisted it didn’t matter, because young adults are not protected by the right to keep and bear arms. The court rejected this claim, noting that the only aged-based restrictions with any longstanding historical pedigree are those pertaining to minors. Meanwhile, the court noted, Virginia law “defines an adult as a person 18 years of age or more.”

The court also determined that completely prohibiting access to an entire class of firearms “is a prohibition, not a mere condition [of sales], infringing on the right to keep and bear arms and greatly reducing [the plaintiff’s] means of self-defense. “ It further noted that it was no answer to this infringement that other types of firearms remain available to this age group, pointing out that the U.S. Supreme Court had foreclosed this argument in the 2008 case of District of Columbia v. Heller.

The court, however, declined the plaintiffs’ request to block the entire law from implementation. In doing so, it determined that Virginia’s constitutional right to arms is equivalent to the Second Amendment of the U.S. Constitution, infringements of which are to be judged by considering the history and tradition of that provision.

Purporting to apply this test, the court pointed out that the U.S. Supreme Court has noted that “prohibitions on the possession of firearms by felons and the mentally ill” and “conditions and qualifications on the commercial sale of arms” are “presumptively lawful.” From this, the Virginia court extrapolated that a background check requirement for sales does not transgress the right, so long as it “is limited to preventing a longstanding prohibition on a historically justified category.”

While the court’s decision provides some encouragement to Virginians now subject to a jumble of newly-enacted gun control laws, it remains to be seen whether even this incremental relief will survive further proceedings in Virginia’s appellate courts. We will report on any further developments as they occur. 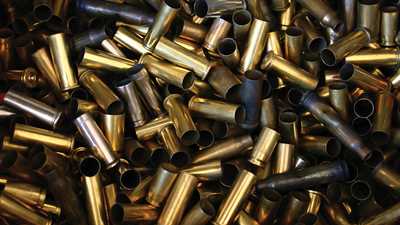 Reminder: You're Invited to the NRA-ILA Firearms Law Symposium in Roanoke Next Saturday!