California: Legislation Threatening Our Second Amendment Rights and Sporting Heritage Up This Week in Committee

This week, several committees will be hearing bills that impact both your Second Amendment Rights and hunting heritage in California. Use the “Take Action” buttons below to contact members of the committees and urge their opposition to the following bills.

SB 1175, sponsored by Senator Henry Stern (D-27), prohibits the possession of certain African species of wildlife.  The true goal of the bill is to ensure that individuals are not allowed to bring home lawful hunting trophies—even with the approval of the U.S. Government.  ​​

AB 3030, sponsored by Ash Kalra (D-27), seeks to preserve 30% of California's land areas, waters within the state and oceans off the coast by 2030. NRA joins a broad coalition of conservation minded groups in opposing this legislation as it fails to clearly protect hunting and angling opportunities.

SB 914, sponsored by Senator Anthony Portantino (D-25), limits when those under 21 can purchase a long gun by requiring their hunting license to be currently valid. This means an individual who has purchased a license for an upcoming season will not satisfy the requirements of the bill. Additionally, SB 914 narrows the exemptions of loans of long-guns to minors and raises the fees the California Department of Justice can charge for eligibility checks on certain ammunition purchases and precursor parts.

AB 2362, sponsored by Assembly Member Al Muratsuchi (D-66), authorizes the Department of Justice to levy monetary fines of up to $1,000 on licensed firearms dealers for minor technical violations. This bill is an obvious attempt to drive dealers out of business for inconsequential violations.

AB 2847, sponsored by Assembly Member David Chiu (D-17), revises the criteria for handguns to be certified for sale by requiring a microstamp in one place on the interior of the handgun (current law requires two imprinting locations). The bill also requires the removal of three certified handguns from the roster for each new handgun added.​ It should be noted that no new semi-automatic handguns have been added to the handgun roster since microstamping was certified in 2013. This legislation is nothing more than a means to reduce the options you have to protect yourself and your family. To read more about California's microstamping law click here.

Continue to check your inbox and http://www.nraila.org​ for updates concerning your Second Amendment Rights and hunting heritage. 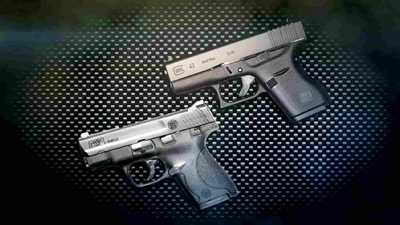