Bloomberg and His Billions Just Won’t Go Away 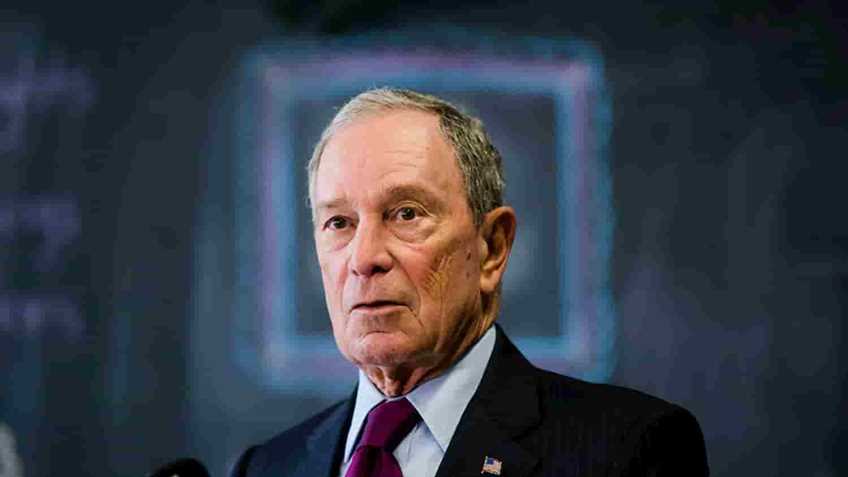 There once was a time when the far left pretended that it was deeply offended by money being involved in politics. They still spent millions to win elections, with Democrat presidential candidates regularly outspending their Republican opponents. The last time a Republican candidate for President outspent his rival was in 2000.

But failed presidential candidate Michael Bloomberg is putting the final nail in the coffin of the lie that Democrats are opposed to money in politics.

Bloomberg is worth billions, and we now know he will throw good money after bad in order to be perceived as a major Democrat player. Although he was successful when he spent record amounts of money to buy three terms as New York City mayor—the third term requiring a brief suspension of NYC’s term limits—and he has claimed he “bought” Democrats a majority in Congress in 2018, his financial acumen doesn’t appear to work well on the national stage.

When he decided the Democrat nomination for president should be for sale, he burned through more than a billion dollars in roughly three months in one of the worst political campaigns in history. At least he seems to have a solid fan base in American Samoa to show for his efforts.

Since abandoning his attempt to be the head of the Democratic Party through election, he has now apparently committed himself to something more aligned with his business background—a leveraged buyout of the party.

After he quit, he funneled $18 million of his presidential campaign funds directly to the Democratic National Committee. While the Federal Election Commission (FEC) states that an individual may contribute only $35,500.00 per year to a political party’s national committee, there are no limits to how much a candidate’s committee may transfer to a national committee.

The $18 million, however, was the proverbial drop in the bucket.

Bloomberg has also committed to spending $60 million, through his personal anti-gun advocacy organization, Everytown for Gun Safety, to elect anti-gun Democrats to Congress. Recently, the group began running ads to flip US Senate seats in North Carolina and Iowa. These ads, however, barely even mention firearms. Perhaps one lesson Bloomberg learned from his failed national campaign is that pushing his true, draconian anti-gun agenda simply won’t sell to an American public that is currently embracing the Second Amendment as it never has before.

This lesson, apparently, has also been learned by other anti-gun activists, who are trying to convince America that the Harris-Biden…er…Biden-Harris ticket is not going to go after law-abiding gun owners if elected.

And that proverbial bucket continues to fill.

The latest pledge from Bloomberg is that he will spend at least $100 million in Florida to elect Joe Biden.

In the past, Bloomberg’s presidential rivals have spoken out against his attempts to purchase the Oval Office. Fellow failed presidential candidate US Senator Elizabeth Warren (D-Mass.) once said of Bloomberg’s campaign for the Democratic nomination, “Michael Bloomberg is making a bet about democracy in 2020. He doesn’t need people, he only needs bags and bags of money. I think Michael Bloomberg is wrong.”

For what it’s worth, Warren was correct, at the time.

Two-time failed candidate US Senator Bernie Sanders (I-Vt.) said, while the two were still rivals, “He thinks he can buy this election. Well, I’ve got news for Mr. Bloomberg—the American people are sick and tired of billionaires buying elections!”

It is likely these two no longer feel the same way about Bloomberg, now that his fortune, which some estimate as high as $60 billion, is going to be spent on their candidate.

Even Joe Biden, the beneficiary of Bloomberg’s pledged largesse, chided the former mayor during the primary campaign, “$60 billion can buy you a lot of advertising, but it can’t erase your record.”

Perhaps it could not erase Bloomberg’s record, but Biden is clearly hoping it will erase his own.

As the race continues to tighten, and the finish line of November 3 gets closer, it would come as no surprise to see Bloomberg continue with his unprecedented spending spree. He can afford to burn through billions of dollars in his quest to elect the most anti-gun president this country has ever seen. Originally, he hoped he could purchase that position for himself, but now he hopes to buy it for Biden. 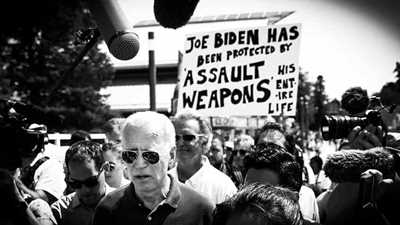 Join Us for the First Ever Florida NRA State Conference!