AG-Elect Miyares mentioned that he wanted to further implement crime prevention such as “Project Exile,” a program championed by the National Rifle Association in the ‘90s and launched in Richmond, VA when the city had one of the highest homicide rates in the nation.

Project Exile was simple; if you are arrested committing a crime while possessing a firearm, you don’t deserve to remain in the community.  Project Exile added a minimum of five years to your sentence if you were convicted.  Following the implementation of this program, Richmond’s overall crime rate plummeted.

AG-Elect Miyares’ commitment is in direct contrast to his predecessor, Attorney General Mark Herring, who has spent eight years reducing charges for repeat violent criminals, and committing to unduly punish law-abiding gun owners.  Before losing the 2021 Virginia election, AG Mark Herring had this to say when asked about rising crime rates despite having already imposed his gun control agenda:

“It means that we need to continue building on the progress that we’ve started,” Herring said. “I’ve got a proven record of standing up to the gun lobby.”

This response alone is all you need in order to understand why Virginians don’t feel safe.  Violent crime is on the rise, residents are looking for help, and AG Mark Herring would only tout his commitment to fight against our Second Amendment rights and impose more anti-gun laws, instead of actually working to prevent crime.

Incoming Attorney General Jason Miyares has a lot on his plate when he begins in 2022.  Stay-tuned to NRA-ILA Alerts for more updates. 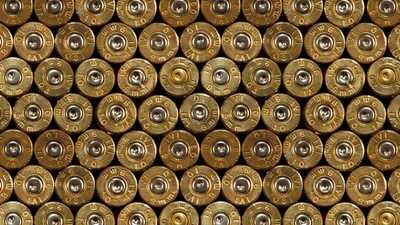