The article below should be of interest to all firearms owners.

• Stephen P. Halbrook, a senior fellow with the Independent Institute, Oakland, California, is the author of “The Right to Bear Arms and Gun Control in Nazi-Occupied France.”

Will Russian President Vladimir Putin’s military overrun Ukraine like Adolf Hitler’s army overran France in 1940, or will Kyiv become Mr. Putin’s Stalingrad? Ukraine’s armed population could play an increasingly decisive role, from house-to-house fighting in the cities to guerilla strikes in the countryside. In the United States, Second Amendment supporters see Ukrainian resistance as exemplifying the virtues of an armed citizenry, while detractors are aghast at the implications.

On Feb. 23, as Russian troops stood poised to attack, the Ukrainian Parliament (Verkhovna Rada) passed a law granting citizens the right to carry firearms for self-defense outside their homes. Ukrainians could buy AR-15 and AK-47 semi-automatic rifles.

When Russia launched its attack on Ukraine the following day, Ukrainian President Volodymyr Zelenskyy — who previously resisted liberalizing firearm laws — directed that any citizen who wanted to defend the country would be given a weapon. More than 25,000 automatic rifles reportedly were distributed in Kyiv alone.

Ukrainians obviously have no wish to be part of Mother Russia. In the “Holodomor,” the Soviet-induced famine of 1932-33, Stalin exterminated 7 to 12 million Ukrainians. Many thought the Germans would be liberators when they attacked in 1941, only to find that the Nazis regarded all Slavs as “Untermensch” (subhuman). Some would fight against both the Nazis and the Reds. The Ukrainian Insurgent Army continued to fight the Communists until 1950…. keep reading click here: https://www.washingtontimes.com/news/2022/mar/29/ukraine-war-reintroduces-us-politicians-to-the-sec/ 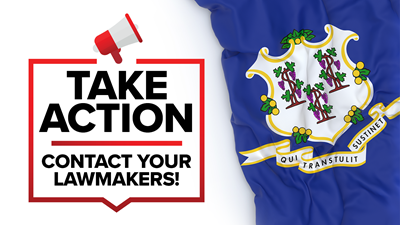 RELATED
These 10 Incidents Highlight Importance of Second Amendment for Women