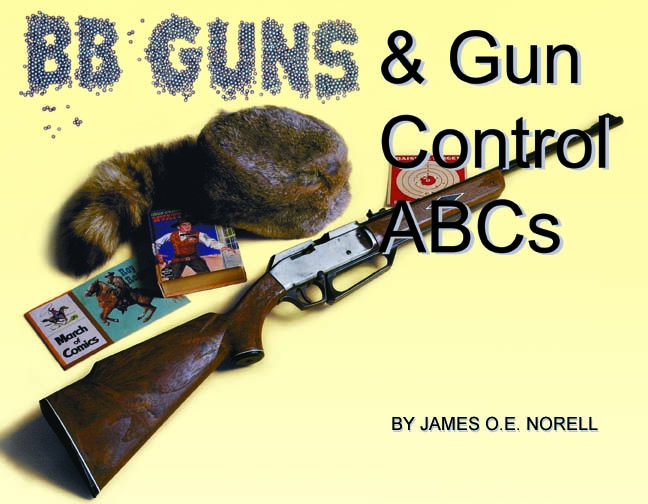 The Consumer Product Safety Commission`s lawsuit to force a BB gun recall is reason to revisit why Congress voted overwhelmingly to exempt firearms and ammunition from the CPSC`s purview. That vote marked NRA-ILA`s opportune arrival on the political scene.

With the ink still wet on a Consumer Product Safety Commission (CPSC) lawsuit to force the recall of seven and a half million Daisy air rifles, greedy trial lawyers began sharpening their knives, seeking plaintiffs to sue the company--perhaps into oblivion.

"If you or a family member have been injured by Daisy BB guns, Contact an Attorney today." That`s how an Internet law site that links potential clients to free "Board Certified Trial Lawyers" opened its reprint of the CPSC`s press release announcing the agency`s action against the company that has been an American institution for 111 years.

The CPSC, after a 2-1 vote, announced it was filing suit to force the recall of all Model 880 and 856 Powerline airguns, claiming that--largely because the guns are designed with gravity-feed BB magazines--they are defective. Since virtually all of the 100 million BB guns and airguns manufactured since before the turn of the century operate with that simple system, the CPSC`s action is like saying that the cylinder--as a concept--is a defect on all revolvers.

The CPSC claims the Daisy air rifles, because of their very design, "present a substantial risk of death or injury to anyone using the air gun." But Commissioner Mary Sheila Gall, the lone "no" vote on the recall, notes that six previous CPSC investigations of Daisy BB guns had found no defects. "This complaint is highly politicized, it is not well-founded in law or the evidence, and it should not have been brought," she said.

The action by the CPSC, if carried to its logical end, could result in the wreckage of the entire airgun industry. What the CPSC doesn`t do, the trial lawyers will finish.

The trial lawyer website that topped the government press release with an enticement to sue BB gun manufacturers also capped the release with the following ending of its own: "If you have been seriously injured by any firearm, it may be important to contact an attorney who can help you protect your legal rights." (Emphasis added.)

The trial lawyer solicitations on the CPSC announcement show where such government "consumer safety" power over all firearms would head--were it not for a battle fought 25 years ago in Congress. That battle was the NRA Institute for Legislative Action`s baptism by fire. It is worth remembering today, because it illustrates the very reason that CPSC, or any other government agency, should never be given a "consumer" oversight on firearms.

"This complaint is highly politicized, it is not well-founded in law or the evidence, and it should not have been brought."

When Congress created the CPSC in 1972, great care was taken to exempt firearms and ammunition from its oversight. When the CPSC was later empowered to enforce the Hazardous Substances Act, there was no such ban.So, in 1974, a Chicago-based anti-gun-rights group called The Committee for Handgun Control, Inc., filed a petition before the CPSC to have all handgun ammunition banned in homes as "a hazardous substance."

The Commission--from a political and practical standpoint--wanted nothing even remotely to do with guns or ammunition and declined the petition saying it lacked any authority or oversight. The anti-gunners went to court, and a federal judge in Washington, D.C., declared the issue reopened and ordered the commission to take up the petition. The Commission obeyed and on Feb. 14, 1975, asked for public comments to be collected and recorded over a 60-day period.

When the Associated Press ran the call to action on its national wire, virtually every anti-gun-rights editor in the country ridiculed the McClure response and said the CPSC public request for public comment was a "national referendum" for gun control.

The media frenzy was further fired up by the rhetoric of the leaders of the anti-gun movement in Congress. Then-Chicago Congressman Abner Mikva (later Bill Clinton`s White House counsel) was typical when he defined the issue testifying in favor of the ban. He referred to what he called "the national scandal of death and injury related to handguns and handgun ammunition. . . ." He equated the hazards to people who choose to keep handgun ammunition in their homes to the carnage of criminals on the streets. He demanded that the American consumer be protected from a hazardous product.

Universally, anti-gun editorialists published the CPSC`s street address and urged the general public to tell the Commission to ban all handgun ammunition from every home in America. Those editorials reached millions of homes in every state in the Union.

Indeed, the comments came rolling into the CPSC. The spontaneous "gun control referendum" produced the largest response then ever recorded under the public comment requirements of the Administrative Procedures Act--more than 300,000 individual letters in 60 days. But the response from the public was not what the media wanted.

Those 300,000 letters represented the consumers of handgun ammunition who were unalterably opposed to the ban. Some of the individual letters submitted contained petitions--like the one sent by Sen. McClure with 20,000 signatures from his home state of Idaho.

Counting the petitions, when all was said and done, about 400,000 individual Americans made their voices heard. The message was simple: no ammo ban. No CPSC regulations. Ever.

The anti-gun public--those doing what they were told by the editorial writers--logged in just 500 letters. Again, counting names on petitions, the "national gun control referendum"--touted by the likes of the New York Times--was 20,000 to one against what was clearly labeled gun control.

This was totally spontaneous. Nobody asked people to write the Commission, except the "ban the ammo" crowd. There was no organized NRA opposition.

About this time, in the halls of Congress a remarkable change occurred--an event that would alter the political landscape in Washington for years to come. In the spring of 1975, largely through the efforts of three men--U.S. Rep. John Dingell (D-MI), Allan D. Cors, and James E. Reinke--the NRA Board of Directors moved to create an independent lobbying arm--the NRA Institute for Legislative Action.

Senator Jim McClure soon was approached by a group of highly committed, savvy, and unflinching NRA-ILA lobbyists led by Harlon B. Carter, the first head of the Institute and the father of the modern NRA. They asked the Senator a simple question: "How can we help?"

Senator McClure introduced a simply worded amendment that denied the CPSC any foothold into firearms or ammunition. Support for the amendment--in terms of co-sponsorship--crossed both party and regional lines. The House had earlier passed similar legislation.

With the new ILA staff and leadership joining the battle, the first-ever ILA legislative mailings were in the hands of NRA members, who organized at the grass roots. Congress overnight became aware of the real power of the "gun lobby," dedicated, determined citizens acting in concert as one clear voice.

The Idaho Senator opened the debate saying that locking the CPSC out of the gun control issue was "indeed a consumer issue--where the consumers of a specific product have made their wishes to be left alone abundantly clear." He said his amendment would "Deny CPSC any jurisdiction over firearms ammunition and components," and that Congress alone "will decide gun control issues" not the bureaucracy. The amendment passed on a voice vote.

A fuming Ted Kennedy (D-MA) tried to give anti-gun forces a toe-hold at the CPSC by giving the Commission power to ban "defective" ammunition and require hazardous "labeling." But when Kennedy spoke he didn`t limit the power he would give to just banning "defective" ammunition. His amendment, he told Senators, "permits any kind of regulation only when the Consumer Product Commission is convinced that the use of either the ammunition or the weapon can result in unreasonable risk or injury to the user." (Emphasis added.)

Senator Ted Stevens (R-AK) answered Kennedy: "The impact of what the Senator from Massachusetts would do, in my opinion, would be to give an open door to any court to use the defective or malfunctioning concept to bring about an entire control of the distribution of ammunitions and firearms ... ." It was a prophetic view.

When Sen. Kennedy rose and demanded a roll call vote on his toe-hold amendment, he received a stinging defeat--with 86 Senators present and voting, Ted Kennedy`s bid to give CPSC gun control powers was overwhelmingly rejected, 75 to 11.

It is a tribute to Senators McClure and Stevens and to the founders of the NRA Institute that the line they drew 26 years ago is still the line that cannot be crossed today.

IN THIS ARTICLE
Firearm Safety/Kids & Guns Other
TRENDING NOW