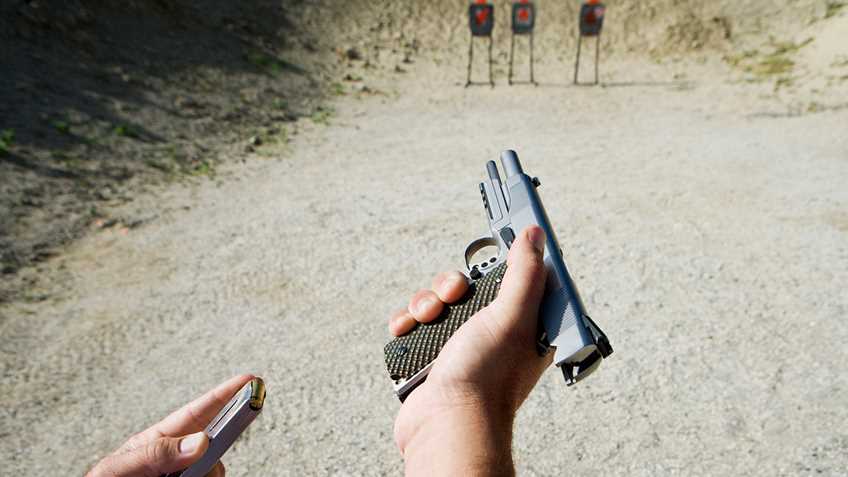 Muscatine County, Iowa, is home to about 40,000 people, and like too many places around the country, gun owners there have no public range where they can practice or compete safely. That may be changing, but it won’t be easy. The Muscatine Journal recently reported on a contentious public meeting about the proposed range, and found dozens of voices raised in favor of the range, along with some individuals who might seem like unlikely opponents.

About a dozen residents, including one man who identified himself as a hunter and NRA member, opposed the range because they say it will lower their property values, as well as raise noise levels around their homes. Meanwhile, more than 100 others were in attendance to support the range. The local sheriff noted that the police department currently has to train on private ranges, and the public range would benefit local law enforcement as well as local gun owners. Advocates of youth shooting sports spoke about the new opportunities for young people in Muscatine County to participate in one of the fastest growing sports in the United States. And at the end of the meeting, the county’s zoning commission decided not to take a vote on the range, but to table the matter until a future date yet to be determined.

Meanwhile, in Easton, Conn., the “not in my backyard" protests are being directed at a range that has been around for about 40 years. The Aquarion Water Company gun range serves as the training site for the Aquarion security officers, as well as several local police departments. The range, which isn’t open to the public, is only in use about 30 days a year, but that hasn’t stopped some local residents from complaining that “something” must be done. One local farmer says she knew about the range when she bought her small farm seven years ago, but swears that the noise is getting louder and more frequent over the last several years. The spokesman for the water company points out that shooting and plinking on private properties is also likely taking place, not just activity at the range. Right now, no noise or anti-hunting ordinance has been filed, but local politicians are taking note of the issue.

When I lived in midtown Oklahoma City, and also in the D.C. suburbs of northern Virginia, I didn’t expect to hear gunshots. Now that I live in rural central Virginia, it’s not uncommon for me to hear rifle or pistol shots on the weekends and on summer evenings. It’s not uncommon for my neighbors to hear gunshots from my property, for that matter. And yet, no one complains. I don’t even mind the sound, to be honest. The sounds of training, plinking and hunting are the sounds of freedom. And if we don’t have a safe place to shoot on our property, then we need range access. The “not in my backyard” mentality is great for anti-gun activists who want to kill off the culture of responsible gun ownership. We need a “yes in my backyard” mindset instead; a push towards more access, more ranges (both indoor and outdoor), and more opportunities to safely exercise our right to keep and bear arms.

If everyone objects to ranges near them, then soon we won’t have any ranges at all.

Cam Edwards is the host of “Cam & Co.,” which airs live 2-5 p.m. EST on NRATV and midnight EST on SiriusXM Patriot 125. He lives with his family on a small farm near Farmville, Va. Follow him on Twitter and Instagram @camedwards.

More About This Contributor
TRENDING NOW

Wrong, Congressman Beyer. Self-Defense is a Right Shared by all Law-Abiding Americans