Midterms 2018: Get Ready for the Battles to Come 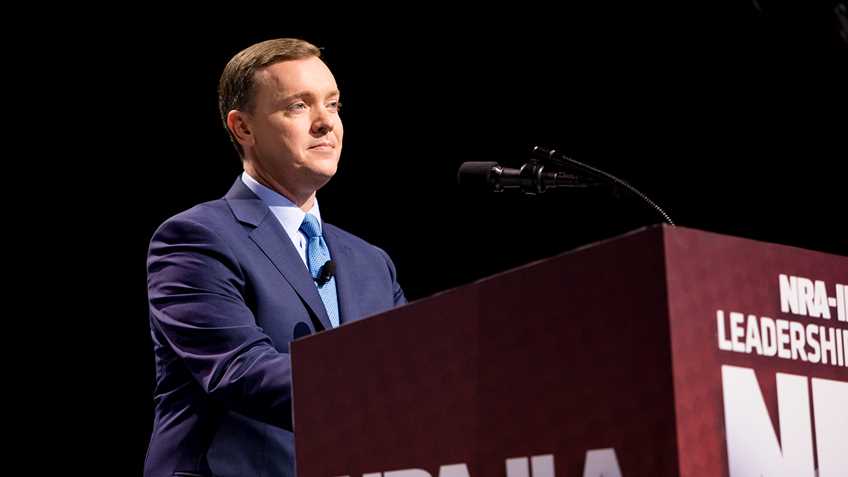 Although election results are still coming in as I write this, the overall picture of the 2018 midterm elections has emerged. Democrats made substantial – though not historic – gains in the U.S. House, retaking a majority and likely handing the speakership to Rep. Nancy Pelosi (D-CA). Democrats also picked up a handful of governorships across the map, with statehouses now about evenly divided between red and blue. At the same time, the U.S. Senate’s pro-gun majority not only held but grew.

The massive “blue wave” the mainstream media and coastal elites hoped would dominate the political landscape failed to materialize. Instead, the antigun left spent unprecedented and mind-boggling sums only to fall significantly short of the gains that Republicans made during the same points of the Clinton and Obama presidencies.

Think about that. Despite everything you may have heard or read about the “historically unpopular” President Trump, he weathered his first midterm election in far better shape than the most recent Democrat presidents. As has routinely been the case, Trump outperformed the expectations of his harshest critics. About all they can do now is assail America’s system of democracy itself, insisting their preferred candidates prevailed along all sorts of metrics that ultimately failed to decide the overall contest.  Make no mistake, anti-gun bills are being drafted to be immediately sprung upon the public in the aftermath of any exploitable tragedy.

You made the difference, as always. With quiet determination, you marched to the polls and voted for your mostly deeply held freedoms and values. You ignored the insults and shaming the elites heaped upon Trump supporters. You were not demoralized by the mainstream media’s predictions that Trump had utterly doomed the fortunes of his party. You kept the faith against the pontificating of the “experts.” You stood the course in race after race that “should have” gone the other way.

For that, I thank you. The challenges and vitriol that are arrayed against the NRA and our mission to protect the Second Amendment are nothing compared to the satisfaction and pride I gain from working for America’s most stalwart, principled and dedicated citizens.

You outperform the expectations of our critics time after time. And it’s not just on Election Day. It is day in and day out with your determination to protect your loved ones and your communities, as well as the traditions and ideals you pass on to our children and grandchildren.

The heart and soul of this great nation are undiminished.

Yet as is often said, elections have consequences, and the 2018 midterms were no different. Ahead lie both challenges and opportunities.

Anti-gun and leftist billionaires played an outsized role in November’s elections. They and the rabid activists they agitated will be demanding a return on their investments.

Michael Bloomberg funneled tens of millions of dollars into the election through his Everytown gun control empire. Their investment strategy wasn’t just aimed at tipping close races. They also invested in contests that likely would have gone the same way without their money; all to create a false impression that gun control is part of an emerging political mandate.

Either way, the recipients of their largesse are now burdened with the obligation to pursue gun control. And if they can’t do it by passing legislation, they will do it by partnering with industry, finance, and cultural elites in entertainment and academia to try to demonize and marginalize gun owners and the businesses that serve them. Look for more coordinated attacks on the Second Amendment through Operation Choke Point type divestment schemes, as well as a steady drumbeat of anti-gun messaging in movies, television, educational curricula, pop music and sports.

Make no mistake, anti-gun bills are being drafted to be immediately sprung upon the public in the aftermath of any exploitable tragedy. Today’s unpredictable, crisis-driven, and largely online public discourse can quickly create enormous momentum behind ill-conceived efforts before rational thought has a chance to intercede. Gun control activists count on this and will be biding their time to unleash their campaigns whenever possible.

In addition, it’s hard to see how the Democrats can ignore the demands of their activist wing to pursue impeachment proceedings against the president. Evidence or no evidence, this is a clear marching order from their hardest core.

Short of that, of course, House leadership can still harass and attempt to embarrass the president with endless subpoenas and investigations into him, his staff, and his appointees. To that end, they’ve already compiled a laundry list of these efforts. Needless to say, the mainstream media will eagerly collaborate with them.

But pro-gun forces are gaining historic ground in an arena the opposition once took for granted: the federal judiciary. It’s hard to overstate how much the appointment of originalist judges who revere the Constitution’s text and enduring principles provides an invaluable safety net for the Second Amendment. The additional seats pro-gun Republicans gained in the Senate will help facilitate this process.

President Trump is reforming the federal judiciary at a rate that puts fear in those who promote an activist, “living Constitution” that organically merges with shifting elite opinions on social and political issues.   ...pro-gun forces are gaining historic ground in an arena the opposition once took for granted: the federal judiciary. It’s hard to overstate how much the appointment of originalist judges who revere the Constitution’s text and enduring principles provides an invaluable safety net for the Second Amendment.

Judges who treat the language of the Constitution as fixed and unchanging, on the other hand, provide a reason to hope that the Second Amendment will one day be treated in the courts with the same seriousness and reverence as our other constitutional rights.

When that day comes, gun controllers will no longer be limited only by their imaginations in curbing our right to keep and bear arms. At a minimum, they will be compelled to provide solid historical precedents and empirical justification for their schemes, thresholds that today’s gun control agenda simply cannot meet.

We might even hope that this realignment could force the public safety discussion into areas that, unlike gun control, actually have a chance of providing real benefits. Mental health services, policing, sentencing, early intervention for individuals in crisis, and, yes, allowing potential victims to protect themselves, could yield lasting and substantial results. It isn’t too much to expect America’s elected officials to pursue policies that broadly benefit the public at large, rather than just satisfy irrational impulses and punish political enemies.

It will obviously be more difficult now for the NRA to pursue its positive legislative agenda in Congress, but that will not stop us from trying.

But with two Trump appointees now sitting on the U.S. Supreme Court, and perhaps one or more to follow in the coming years, we may have a realistic chance to make gains in the courts themselves.

The NRA has been quietly and very deliberately helping shepherd litigation through the lower courts that could clarify the contours and requirements of the Second Amendment and, as Justice Scalia wrote in Heller, take certain policy choices “off the table” once and for all.

For example, we are seeking to abolish the untenable policy of “may-issue” carry permits in cases arising from Massachusetts and New Jersey. Simply put, the Constitution cannot allow local authorities unfettered discretion in determining who can exercise fundamental rights, including the right to bear arms. The days of competent, law-abiding Americans being arbitrarily denied the right to carry firearms in public for lawful purposes are hopefully numbered.

Also in our sights are overreaching restrictions that treat law-abiding gun owners as second class citizens. A case from New York City is challenging the Big Apple’s requirement that lawful gun owners obtain police permission to take their own firearms out of the city for such lawful purposes as travel, training and competition. Such regulations, which merely serve to burden or harass gun owners, should be short-lived.

Then, of course, are the bans on popular classes of firearms that law-abiding Americans use for self-defense and other lawful purposes. When the U.S. Supreme Court made clear that handgun bans were unconstitutional, gun control activists merely shifted their prohibitory schemes to other guns, like the AR-15 and its variants. But the same principles that prohibit the banning of handguns should make these bans invalid as well. The time may soon come when that issue will go before the high court, and at least three justices – including Trump appointee Brett Kavanaugh – have already signaled skepticism of the constitutionality of those laws.

The genius of America’s constitutional scheme is that it provides multiple pathways to blocking bad outcomes and achieving good ones.

And whatever the political field of play looks like, we will pursue every avenue to protect and promote our rights.