The Vermont legislative session is nearing the finish line, and an anti-gun bill that was being heavily and rapidly pushed months ago has fallen off the pace as gun owners have persistently expressed opposition to the bill.  However, anti-gun groups are now feverishly and desperately trying to push the bill through in the waning hours of session, pleading with anti-gunners to contact their lawmakers.  Worse yet, they are trying to make S.169 even stronger to include a 72-hour waiting period on all guns, not just handguns.  Please call 802-828-2228 and politely leave a message for House Speaker Mitzi Johnson to OPPOSE S.169.

There isn’t much time left in the 2019 legislative session as lawmakers seem set on wrapping up their work in the next week or two.  Gun owners need to make one more concerted effort to stop this bad bill which would put gun shows and banquets out of business and render helpless those who have an urgent self-defense need.

After moving briskly through the legislative process in February and March, action on the legislation ground to a halt as gun owners made their opposition known.  Two public hearings enjoyed strong attendance as law-abiding gun owners filled both venues with a sea of orange, significantly outnumbering the opposition.  As a result, the bill has not appeared on the House Judiciary Committee calendar since then, but don’t be lulled into a false sense of security.  Anti-gun groups have been actively pushing the bill in the halls of the Statehouse even as committee action stalled.  Now that the dust has settled, they may be looking to quickly pass the bill and get out of town.  Don’t let that happen!  Please call 802-828-2228 and politely leave a message for House Speaker Mitzi Johnson to OPPOSE S.169.  Now is more important than ever.  Committee action could happen any day now, on only a moment’s notice.  Please Act now, and help defeat S.169!​

In Case You Missed It: Sen. Ted Cruz Speaks at the 2019 NRA-ILA Leadership Forum 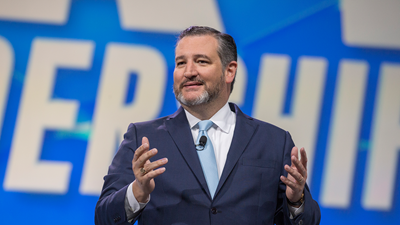