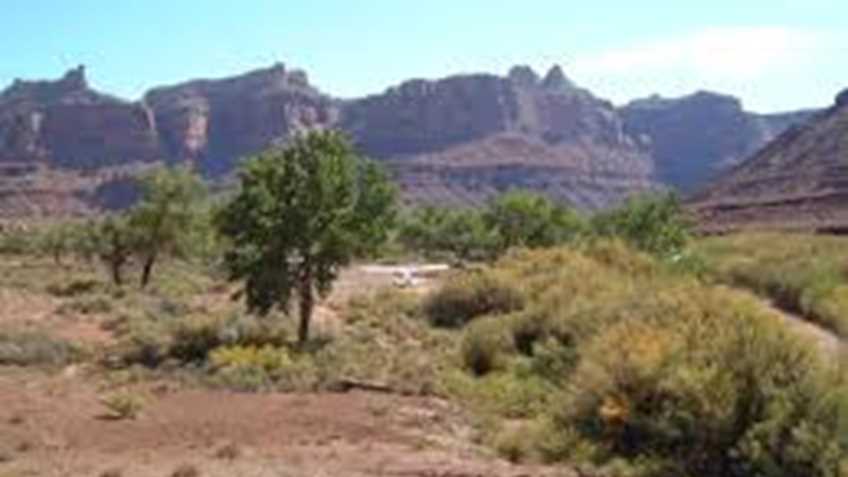 The Bureau of Land Management (BLM) is asking for public comment on a pilot project to build four “micro ranges” on BLM lands within Maricopa County.  BLM has been operating under a policy that prohibits the agency from making land improvements for recreational shooting, but Secretary of the Interior David Bernhardt is seeking to change that.  The pilot project will create a framework for recreational shooting management that enhances access, public safety, and natural resource stewardship, as well as responding to the increasing public need for good places to go target shooting.

As noted in the below, Department of the Interior press release, public comment on this new concept is being requested with a due date of July 2rd.  Two public meetings have been scheduled for June 11th and 13th.  Information on those meetings, as well as the website where documents related to the pilot project are posted, and how to submit public comments are contained in the press release.  If keeping federal lands open to recreational shooting is important to you, please take the time to attend one of the two public meetings and submit your comments.  The BLM is only one of two federal land management agencies whose lands are open to recreational shooting, and for this pilot project to become a reality, with potential future expansion, the BLM needs to hear from you.


PHOENIX — The U.S. Department of the Interior’s Bureau of Land Management (BLM) announced today that they are now accepting public comments on a proposed shooting sports pilot project on public lands within the Arizona State Office’s Phoenix Field Office. The pilot will evaluate a variety of active management options to enhance access and safety.

“Since the beginning of my tenure, I’ve considered public access a critical component of our land management, and today we are keeping our promises with an innovative pilot project to increase recreational access to our public lands,” said U.S. Secretary of the Interior David Bernhardt. “Recreational shooting is one of our nation’s oldest and most popular pastimes. These activities generate funds that support wildlife conservation, public land restoration projects, and hunter education. This is a win for all, and under President Trump’s leadership, we’re committed to supporting and facilitating recreational shooting on public lands.”

“Recreational shooting and the Second Amendment are of critical importance to the people of Arizona. These new opportunities will increase access and provide safe opportunities for sportsmen and local communities. I applaud Secretary of the Interior David Bernhardt and Casey Hammond for their leadership. I’m confident the four recreational shooting sites located in Maricopa County will be welcomed and put to good use,” said Western Caucus Chairman Paul A. Gosar, D.D.S.

Under the proposed pilot, consistent with Secretary’s Order 3356 and the John D. Dingell Jr. Conservation, Management, and Recreation Act, the BLM has identified four recreational shooting “microsites” located on BLM-managed public lands in Maricopa County near Phoenix. The proposed pilot microsites would offer shooting sports enthusiasts enhanced access and safety through varying levels of potential site development, such as firing lines, backstops, side berms, concrete pads and/or restrooms. The sites were selected because they are located in easily accessible areas and have minimal conflicts with other recreation activities (such as hiking, mountain biking, off-highway vehicle use and camping) or with natural or cultural resources, housing developments, commercial permits, or energy and telecommunications lines.

“Promoting and protecting use and enjoyment of public lands is a core part of BLM’s mission,” said Casey Hammond, Principal Deputy Assistant Secretary for Land and Minerals Management, exercising the authority of the BLM Director. “We’re excited to learn from this pilot program to identify ways that we can provide greater recreational shooting opportunities while ensuring that other activities and public uses can continue to the greatest degree possible.”

“Maricopa County is the fastest growing county in the nation, and more people means increased demands for a variety of recreation activities on the public lands that surround the metro Phoenix area,” said Phoenix District Manager Leon Thomas. “We’ve heard from shooting sports enthusiasts and local citizens who have asked us to more actively manage recreational shooting on public lands around the Valley. We believe this pilot offers a framework for enhanced access, public safety, and natural resource stewardship. We are seeking public input as we prepare an environmental assessment of the proposal.”

“The Arizona Game and Fish Department operates developed shooting facilities throughout the state and has partnered with other government agencies, clubs, and other organizations to develop shooting ranges,” Arizona Game and Fish Department Shooting Sports Branch Chief Mike Raum said. “While many shooters use such facilities, there are always going to be those who seek a less structured environment in which to shoot. We look forward to assisting the BLM to develop recreational target shooting opportunities where shooters can practice in suitable, safe places on public land.”

The pilot will not change existing dispersed recreational shooting access, with approximately 97 percent of BLM-managed lands in Arizona remaining open to shooting sports. The pilot will also not affect licensed hunting on public lands.

A 30-day public scoping period will run from June 3 to July 2, 2019. Public input during scoping will guide the BLM’s development of an environmental assessment of the proposal. Public scoping meetings will be held at the following locations:

Documents related to this project are available for review on BLM’s ePlanning website at https://go.usa.gov/xmfVv.

Interested parties are encouraged to submit comments directly on the ePlanning website. Comments may also be sent via email to: [email protected] or mailed to the BLM Phoenix District Office at 21605 North 7th Avenue, Phoenix, AZ 85027, to the attention of Tyler Lindsey, or sent by fax to (623) 580-5580. Please include “Rec Shooting Microsites” in the subject line.