Senate Bill 388 strengthens the right to self-defense by creating a presumption that it is reasonable to believe physical force is necessary to defend oneself, or another person, from someone who has unlawfully entered one’s dwelling, place of work or motor vehicle. Victims of violent crime who respond with defensive force while protecting themselves or their loved ones should not have to face the additional threat of criminal or civil prosecution.

House Bill 5412 strengthens the right to self-defense by removing the duty to retreat for a person in a house of religious worship, before using deadly physical force to defend themselves or a third person. If enacted, law-abiding citizens would no longer be required to retreat before defending themselves in a house of worship.

Senate Bill 16 requested by the Governor, S.B. 16 is an omnibus gun control bill that most notably expands the state’s so-called “assault weapons ban”, modifies carry laws, and expands gun free zones. These proposals are misguided and simply anti-gun virtue signaling. They will do nothing to stop violent crime and improve public safety, and simply burden law-abiding gun owners.

House Bill 5416 prohibits the sale, delivery or transfer of more than one pistol or revolver to any individual during a thirty-day period, with limited exceptions. So-called one-gun-a-month schemes ration the Second Amendment rights of citizens, while doing nothing to get illegal guns off our streets. If there is authority to say one gun a month, there will eventually be authority to say none.

Again, please contact members of the Judiciary Committee and ask them to SUPPORT S.B. 388, H.B. 5412, and H.B. 5415 and to OPPOSE S.B. 16 and H.B. 5416.  NRA members and Second Amendment supporters who wish to participate in the public hearing may do so by registering here.  Those who wish to submit written testimony may email it to:  [email protected]. 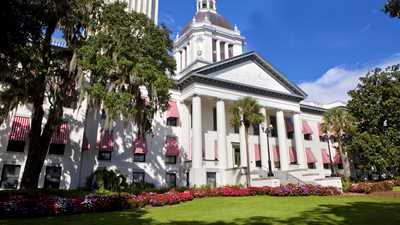