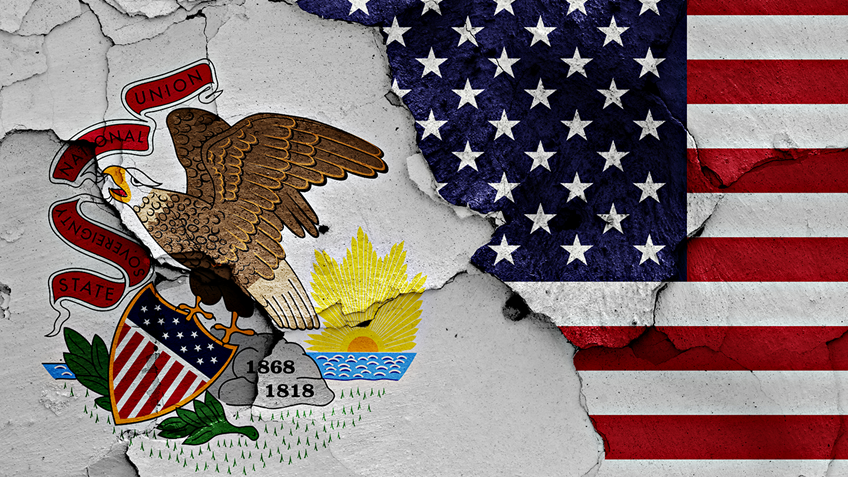 With the Illinois state House of Representatives having returned from recess, a number of bills threatening your Second Amendment rights are up for consideration soon.  It’s critical that your state lawmakers and Governor Rauner hear from you immediately on the following bills:

Again, it is critical that you contact your elected officials and urge them to defend the Second Amendment.  Click the “Take Action” button below to contact your state Representative, your state Senator, and Gov. Rauner.

House Bill 1664, sponsored by Representative Deb Conroy (D-46), would direct the state police to create a “Dangerous Persons Hotline” to allow anyone to report individuals who they think present a “clear and present danger” to themselves or others and who own a firearm without any evidence required.  There are no consequences for false reporting or even repeated false reports.  The hotline is anonymous, so individuals will not have the opportunity to challenge their accusers regarding the allegations made against them.  Anyone could report a gun owner for whatever reason with no repercussions.

State police would be allowed to delay a Firearm Owner’s Identification Card (FOID) application or suspend an existing one for up to 90 days pending a mental health evaluation to be conducted at the applicant or FOID card holder’s expense.  In addition, they would be allowed to look back 10 years into the mental health history of current FOID card holders.  Non-compliance would result in an automatic denial of the application or revocation of the FOID card.  This legislation lacks appropriate due process protections against false allegations and could subject current FOID holders to unnecessary and expensive mental health evaluations.  HB 1664 is currently in the state House for consideration.

House Bill 1469, sponsored by Representative Daniel Burke (D-1), would ban standard capacity ammunition magazines over 10 rounds in capacity.  The vast majority of handguns have standard capacity magazines holding more than 10 rounds.  This bill has no grandfather clause, thus requiring that they be disposed of within 90 days.  HB 1664 is currently in the state House for consideration.

House Bill 1465, as amended by Representative Michelle Mussman (D-56), would deny law-abiding young adults under the age of 21 their Second Amendment rights by prohibiting them from possessing or purchasing commonly-owned semi-automatic firearms, standard capacity magazines that hold more than 10 rounds of ammunition, and .50 BMG caliber rifles.  The bill would require adults under the age of 21 to dispose of such firearms within 90 days and to dispose of standard capacity magazines over ten rounds in capacity immediately.  In addition, language in the bill would prohibit out-of-state visitors from being present in Illinois for longer than 24 hours with such firearms or standard capacity magazines.  HB 1465 is in the state House for concurrence.

Originally a bill to ban certain firearm accessories and historical firearms, House Bill 1467 received Senate Amendment 1, sponsored by Senator Kwame Raoul (D-13).  Firearm preemption laws ensure that fundamental Second Amendment rights are not diluted or distorted through controversial local policies and help prevent a confusing patchwork of gun control laws which make it difficult for gun owners to ensure that they are following the law.  Furthermore, Second Amendment rights are guaranteed to all citizens, regardless of where they live.  HB 1465 is in the state House for concurrence.

Senate Amendment 1 to Senate Bill 2340 will impose broad and vague requirements that far exceed federal law on firearm components.  It would prohibit the possession of raw, unfinished receivers, firing pins, and barrels by individuals who do not hold a FOID.  The bill language is so broad that virtually any metal tube or small, pointed rod could be interpreted to be a barrel or firing pin respectively.  Federal law already regulates receivers as “firearms.” The provisions of this bill are excessive and redundant.  SA 1 to SB 2340 is in the Senate Judiciary Committee for consideration.

Senate Bill 1657, sponsored by Senator Don Harmon (D-39), and House Bill 1273, sponsored by Representative Kathleen Willis (D-77), would create an onerous gun dealer licensing scheme within the state.  While the purported intent of this legislation was to enhance “responsible business practices,” these bills only prove that the intention is to close as many federally licensed firearm dealers (FFLs) as possible.  The federal Bureau of Alcohol, Tobacco, Firearms and Explosives (ATF) licenses and closely monitors all FFLs and strictly enforces any violation of federal law.  SB 1657 and HB 1273 go so far beyond federal law in its mandatory regulations and red tape imposed at the state level that they would almost assuredly force the closure of most firearm dealers and prevent prospective owners from opening new ones.  This legislation seeks to create so many department divisions, anti-gun 5-member licensing boards, and licensing fees that dealers would be forced to close through oversight by anti-gun appointees or being priced out of business.  The state Senate is currently attempting to override Gov. Rauner’s veto.

Again, please click the “Take Action” button above to contact your state Representative, your state Senator, committee members, and Gov. Rauner to OPPOSE these bills.

New Mexico: Gun Control Bills on the Move this Week in Santa Fe!