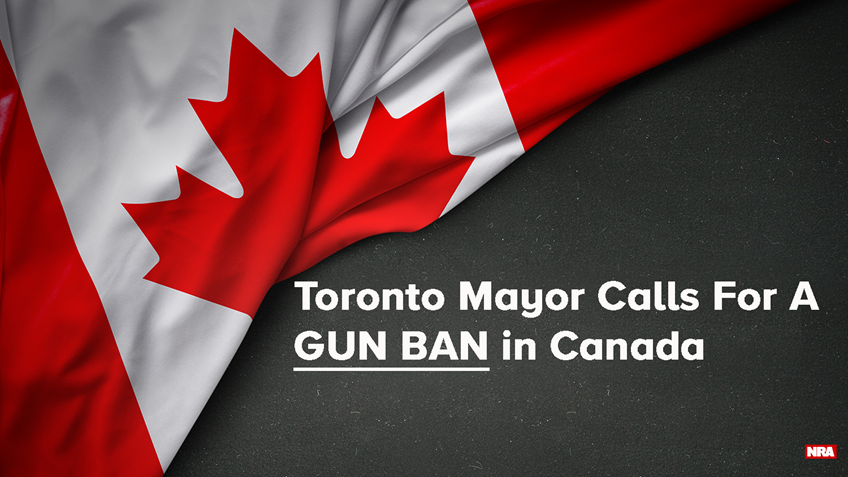 Canadian anti-gun politicians’ campaign to disarm law-abiding citizens continued this week. On Monday, the Canadian press reported on an August 3 letter from Toronto Mayor John Tory to Prime Minister Justin Trudeau. In the missive, Tory appeared to back a plan of total civilian disarmament for Canada’s largest city and urged Trudeau to amend the Liberal Party’s proposed gun control legislation, Bill C-71, to include a host of severe restrictions.

Sharing his desire to purge Toronto of all lawfully-owned firearms, Tory wrote to Trudeau,

I would ask again as you have heard me ask publicly before: why does anyone in the city of Toronto need a gun? I think this is an important question worth asking and, frankly, if we don't have a good answer for that question then it’s time we do something about it.

Tory answered his own question near the conclusion of the letter, telling the prime minister, “If we do focus on the question of ‘why does anyone in Toronto need a gun?’ I believe we will conclude that they don’t…” Tory also contended, “it is my job to make sure we don't just talk about banning handguns and strengthening our laws but that we actually ban handguns and we actually strengthen those laws.”

Advocating for more specific proposals, Tory summarized a series of resolutions passed by the Toronto City Council on July 23 that urged the federal government to enact a raft of new gun control measures. The most egregious proposals are a federal ban on the at-home possession of all firearms, and a ban on all handguns and semiautomatic firearms.

The full list of the proposed federal measures read,

-          include tougher penalties -- including mandatory-minimum sentences -- for gun traffickers;

-          much tougher procedures to help control guns coming into Canada along the American and Canadian border; and

-          failing a handgun ban, create gun repositories, through a private-public partnership, that require all long and hand guns to be locked up and only retrieved if and where there is a need for hunting or going to the range for target practice.

-          restoring the 1977 controls on the sale of unrestricted firearms including requiring gun dealers to record firearms sales and allowing police to inspect records annually;

-          creating more stringent transport provisions for restricted firearms to limit transport outside of direct transfers between their place of storage and approved destination; and

-          prohibiting the availability, sale, possession and use of handguns, assault rifles and semi-automatic firearms in Canada with some exceptions for the Armed Forces, police services or other entities that are authorized through municipal, provincial or federal legal obligations.

At present, all prospective Canadian gun owners must obtain a Possession and Acquisition Licence. Issuance is contingent upon a background check, references, and completion of the Canadian Firearms Safety Course. Those seeking to obtain a handgun or certain semiautomatic long guns (restricted firearms) must complete a more comprehensive training course. Restricted firearms are subject to registration.

Trudeau’s government has signaled that they are “open to all options” when it comes to new gun control measures. Thankfully, Ontario’s Progressive Conservative Premier Doug Ford has proven more skeptical.

When asked about a potential gun ban on Thursday, Ford said, “I wouldn’t support a ban on handguns. There’s lots of legal, responsible handgun owners.” However, Ford made clear he is intent on tackling violence perpetrated with firearms in a manner consistent with the rights of law-abiding owners, adding, “We have to refocus all our resources going after the bad guys, not the good guys.”

Ford backed up his statement by announcing $25 million in new funding to fight criminal violence. According to a press release issued by the Ontario government, some of the new funding will be targeted at “ensuring violent gun criminals are denied bail and remain behind bars;” a move similar to elements of the U.S. federal government’s successful Project Exile program. Another portion of the funding will be devoted to “provide additional digital, investigative and analytical resources necessary for fighting drug gangs and gun criminals in 2018.”

NRA-ILA is following the developments in Canada and will keep Grassroots Alert readers apprised of this developing situation. 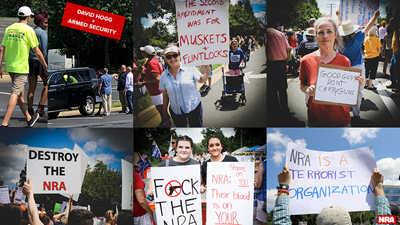