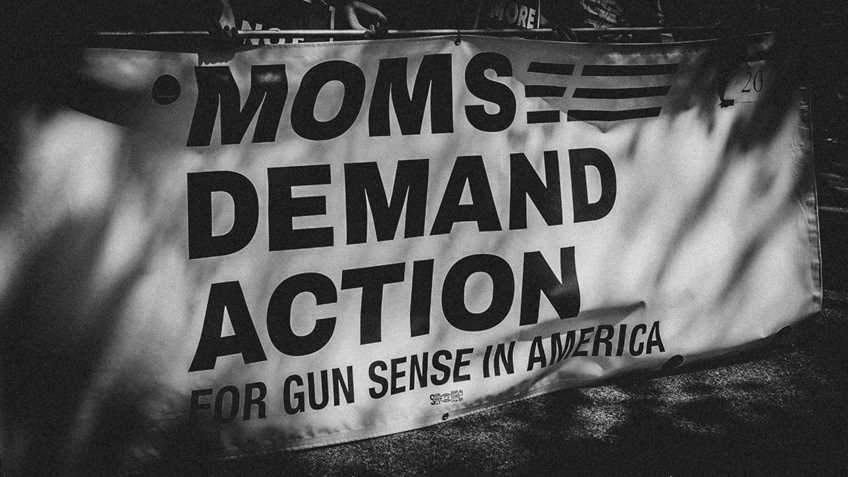 On October 19, Everytown’s Moms hosted a “Firearms 101” event at a New Jersey public library, featuring speaker Scott Pappalardo, its “volunteer leader.” The objective was to educate attendees on “firearms basics–how they work, how they are classified and how the permitting process works in NJ and in other states across the country.”

The New Jersey Second Amendment Society reports that Mr. Pappalardo relied on a variety of teaching aids in his presentation: live ammunition, several “large capacity magazines,”unserialized 80 percent AR-15 lower receivers (along with the other parts necessary to assemble a workable AR-15 rifle), and a large dagger or bayonet.

Lecturing on how firearms and firearm components “are classified”in New Jersey presupposes some understanding of the state’s gun laws. Of course, whoever possessed, furnished and transported these props was bound by the applicable criminal laws.

New Jersey’s extreme gun laws include a ban on possessing a “large capacity ammunition magazine”(over ten rounds), unless the possessor has a registered “assault firearm”and the magazine is used for competitive shooting matches sanctioned by the Director of Civilian Marksmanship. Another law prohibits “transport”of these magazines, except by authorized law enforcement or military personnel. Unlicensed persons who obtain, separately or as part of a kit, a firearm frame or firearm receiver not imprinted with a serial number registered with a federally licensed manufacturer, or any combination of parts from which a firearm without a serial number may be assembled, are also liable to face criminal charges. (A frame or receiver in this context includes any object or part which is not a firearm frame or receiver, but “is designed or intended to be used for that purpose and which may readily be made into a firearm frame or receiver through milling or other means.”)

One would also expect the organizers to comply with the large print of the library use policies. The William G. Rohrer Memorial Library, which provided the “Firearms 101”meeting space, requires users to obey the library system’s “Code of Conduct.”This prohibits carrying any weapon into the library “unless authorized by law.” Users must also refrain from any activities or conduct “prohibited by law,”including, no doubt, state laws on weapons and firearms.

Without rushing to judgment on the New Jersey event, we may point out that this wouldn’t be the first time that anti-gun proponents have been tripped up by the very laws they enthusiastically support and want enforced against others.

Criminal hijinks (included gun-related crime) by members of Bloomberg’s original anti-gun group (Mayors Against Illegal Guns) were so routinely in the news that it likely prompted the “rebranding”of Bloomberg’s flagship into Everytown.

David Gregory, the host of NBC’s “Meet the Press,” brandished a 30-round magazine while interviewing NRA’s Wayne LaPierre, asking whether it was a good idea to ban “high-capacity magazines.”Such magazines were already illegal in the District of Columbia, where the interview occurred. It transpired that the network had contacted the police department prior to the interview and was timely informed that the D.C. Code criminalized possession of “high capacity magazines.”After Judicial Watch and others pressed for disclosure as to why there were no charges or arrests, Judicial Watch President Tom Fitton commented, “Liberals in the District seem to think that they should be immune from the absurd and constitutionally-suspect gun laws they like and want enforced.”

In 2016, while making Katie Couric’s anti-gun “documentary,”the director, Stephanie Soechtig, disclosed she had engineered an interstate gun buy involving a Colorado resident purchasing firearms (including handguns) in a private sale in Arizona, insisting that the transaction was “perfectly legal.”

Not to be outdone by a few enterprising gun controllers, California state senator Leland Yee takes the crown as “the most two-faced gun control advocate ever.”Mr. Yee’s vociferous support of gun control measures earned him an A+ rating from the Brady Campaign and a place on its “Gun Violence Prevention Honor Roll.”He subsequently plead guilty to federal charges that included an illegal weapons trafficking conspiracy. The FBI affidavit quotes Yee, in discussing one such arms transaction, as saying, “Do I care? No, I don’t care. People need certain things."

It seems that there’s only one “loophole” in gun laws that anti-gunners are willing to stomach, and that’s the “gun control activist” loophole. 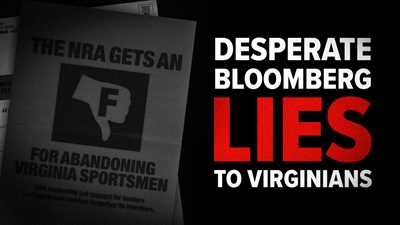 Federal Judge Rules Against New Jersey and In Favor of Retired Officers In LEOSA Case.