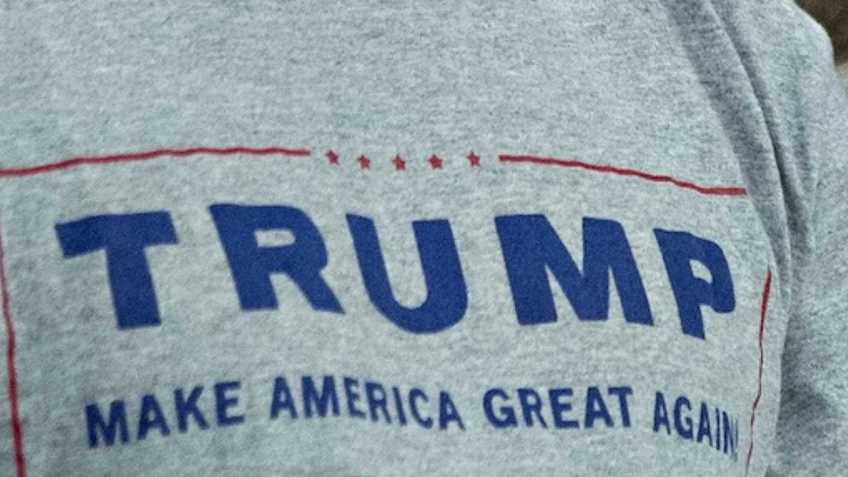 According to a report from Houston’s KPRC, a group of teenage girls were waiting in line at Tiny’s Milk and Cookies to buy some baked goods for their church when Burke happened upon them. Apparently disturbed that one of the teens had decided to exercise her First Amendment right by wearing a “Trump: Make America Great Again” shirt, Burke allegedly began to shout an expletive for a part of the female anatomy at the young girls.

The father of one of the girls told KPRC that the group initially ignored Burke’s aberrant conduct. However, Burke allegedly continued to harass the girls, reportedly shaking her fist and mockingly shouting “MAGA! MAGA! MAGA!”

Demonstrating a level of maturity not present in the council member, the girls reportedly left the bakery without engaging Burke. According to the father, “They were absolutely scared. My little girl essentially wanted to know if this woman was going to hurt her.”

The bizarre encounter was captured on video, which allowed Burke to be identified. Due to Burke’s position as a city council member, the case is being handled by the Harris County Constable’s Office, who, according to the Fort Worth Star Telegram, cited Burke for disorderly conduct on Thursday.

The mother of one of Burke’s alleged victims didn’t appreciate Burke’s sardonic response, stating, “Clearly her ‘apology’ was an attempt to placate very angry parents as opposed to a genuine apology.” Offering Burke some friendly advice, the mother went on to note, “if a t-shirt triggers such strong emotions, one should seek therapy.”

Burke first came to the attention of the gun rights community when she offered false testimony to the Texas Senate’s Committee on State Affairs during a February 12, 2015 hearing on campus Right-to-Carry legislation. Representing Moms Demand Action, Burke told the committee,

In fact, the Texas Department of Public Safety makes detailed statistics concerning conviction rates among CHL holders available to the public, as well as a variety of demographic data that includes CHL revocations.

Burke’s erroneous testimony failed to sway the committee. The State Affairs Committee approved the legislation by a vote of 7 to 2 and campus Right-to-Carry became law on June 13, 2015.

According to an interview with the radical left-wing publication Mother Jones, Burke was driven to support gun control by what she called the “sickness and the callousness” of NRA. Most Americans, and probably an even larger portion of Texans, do not share Burke’s view. A March 2018 Reuter/Ipsos poll found that a majority of Americans hold a favorable view of NRA. The same cannot be said for Moms Demand Action’s preferred presidential candidate.

Look for the top-down Michael Bloomberg gun control machine to distance itself from Burke following her alleged attempt to dictate the attire and political beliefs of those around her. Then again, why should they? Controlling the legitimate behavior of others is what gun control is all about.