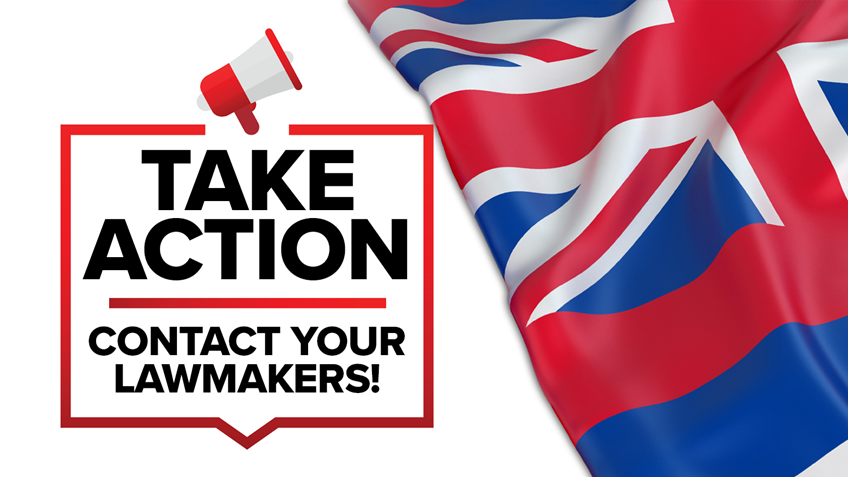 Senate Bill 1466 to allow for the seizure of firearms without due process will be eligible for a floor vote in the Hawaii House of Representatives as early as tomorrow, April 9th.  Please click the “Take Action” button below to contact your state Representative and urge them to OPPOSE SB 1466.

In addition, the Senate passed House Bill 720 on Friday, April 5th, and it is now headed to Governor David Ige’s desk for his consideration.  Please click the “Take Action” button below and submit comments here to urge Gov. Ige to VETO HB 720.

Senate Bill 1466, introduced by Senator Karl Rhoads (D-29), would create Gun Violence Protective Orders (GVPO).  A GVPO would be issued not because a person has been convicted of a crime or adjudicated mentally ill, but instead on third party allegations. This legislation lacks strong due process protections and contains low evidentiary standards that fall well below the norm for removing fundamental constitutional rights.

House Bill 720, introduced by Representative Chris Lee (D-51), would set a one-size-fits-all requirement for gun owners to report lost or stolen firearms within 24 hours, further victimizing gun owners who have suffered a loss or theft of their property.  HB 720 was passed by the Senate on April 5th.

IN THIS ARTICLE
Hawaii Due Process Lost and Stolen
TRENDING NOW

Washington: Senate Committee to Vote on Gun Ban & Other Bills

Virginia: Senate Committee to Hear Round #2 of Anti-Gun Bills TODAY