Today, the House Committee on Privileges and Elections approved House Bill 2081 to mandate all polling places be gun-free zones, and sent it on to the full House of Delegates for further consideration.

On January 22nd, the House Committee on Public Safety will hear its first round of anti-gun bills this session. These bills were previously advanced by a subcommittee to the full committee.

House Bill 2081 prohibits firearms within 40 feet of a polling place. It dictates to private property owners what they must do with their property. While many polling locations in the Commonwealth are located in schools, which are already gun-free zones by law, others are located in venues that are private property. The bill contains no exemption for lawful concealed carry by license holders and also does not mandate that polling places have security measures to actively keep criminals away, such as metal detectors and armed security.

House Bill 2276 essentially ends the centuries-old practice of manufacturing firearms for personal use by imposing requirements that far exceed those in federal law. It prohibits private individuals from possessing certain unregulated components commonly used by hobbyists to make their own firearms. It also prohibits private individuals from possessing firearms that do not have a “serial number issued by a federal firearms importer or federal firearms manufacturer in compliance with all federal laws and regulations.” This bans countless valuable, historic firearms manufactured or imported prior to 1968 that, while currently legal under federal law, have foreign serial numbers that were not issued by an importer or were serialized before American manufacturers were federally licensed. Home-built firearms that already exist are banned as well.

House Bill 2295 bans firearms from Capitol Square and any building or parking facility owned or leased by the Commonwealth. Last year, Governor Ralph Northam used an emergency declaration to fence-off Capitol Square and make it a gun-free zone, claiming it was necessary during a peaceful demonstration against anti-gun bills. Without that emergency declaration, Capitol Square is simply an open, publicly accessible part of the city of Richmond. Citizens regularly go there to conduct business or see tourist attractions. It is unreasonable for the law to create an arbitrary boundary for such an open area where law-abiding citizens are disarmed, while zero measures are taken to prevent criminals from entering. 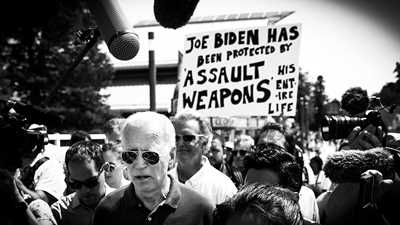