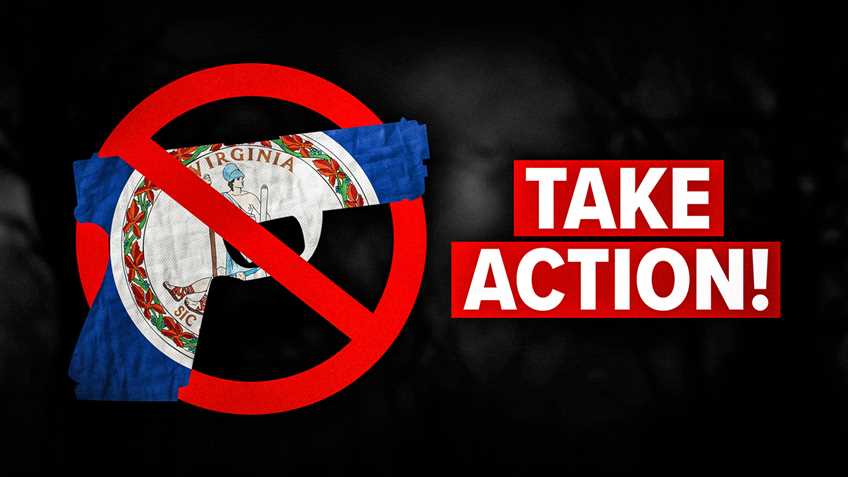 Last week, the Virginia Senate Judiciary Committee sent four gun control bills to the full chamber. The measures included an attack on the state firearms preemption statute and Right-to-Carry permit holders (SB35), a one-handgun-a-month bill (SB69), legislation to criminalize the private sale and trade of firearms (SB70), and a “red flag” firearm confiscation bill (SB240). As of press time, the full Senate has passed three of those bills: SB35, SB69, and SB70. Due to a staggering amount of proposed amendments and diverse concerns, the full senate has yet to consider SB240.

SB35 – Attack on State Firearms Preemption and the Right-to-Carry

This legislation would undermine Virginia’s state firearms preemption law by granting localities the authority to regulate firearms possession in a variety of locations and circumstances. This bill is a direct attack on Virginia Right-to-Carry permit holders, as anti-gun localities would be empowered to create an incomprehensible patchwork of gun-free zones.

Specifically, the legislation would grant localities the authority to ban firearms, ammunition, and firearm and ammunition components in the following places:

(i) any building, or part thereof, owned or used by such locality for governmental purposes; (ii) in any public park owned by the locality; or (iii) in any public street, road, alley, sidewalk or public right-of-way or any other place of whatever nature that is open to the public and is being used by or is adjacent to a permitted event or an event that would otherwise require a permit.

The most dangerous aspect of this legislation is subdivision (iii). This language would empower localities to create moving gun free zones that would be impossible for law-abiding Virginians to predict. Right-to-Carry permit holders would be tasked with making themselves aware of all permitted activity going on in a locality and to adjust their plans to meet the activity of a given day.

Worse, the legislation contemplates gun bans at “an event that would otherwise require a permit.” This could potentially include everything from an impromptu protest to other large informal gatherings. Gun owners would be tasked with the impossible burden of determining what gatherings are supposed to be permitted but in fact are not.

Further, a local prohibition could extend beyond the mere possession of a firearm to include firearm and ammunition components. Such an ordinance could ensnare an individual with a stray round of ammunition in their vehicle or bag, or a hunter with just an empty shotgun hull or shotgun choke in her pocket.

SB35 also contains a section that would encourage the destruction of valuable firearms that come into a locality’s possession. At present, localities that inadvisably hold gun turn-ins (buybacks) are required to offer any firearms they collect for sale through a licensed dealer. This bill would require a locality hosting a gun turn-in to destroy any firearms collected unless directed otherwise by the person forfeiting the firearm in writing. This destruction of valuable property would hurt taxpayers by depriving revenue to the public coffers.

This legislation would ration the Second Amendment right to keep and bear arms by limiting law-abiding Virginians to one handgun purchase per 30-day period. The legislation provides a narrow exemption for purchases made by Virginia concealed handgun permit holders.

Virginia had a one-handgun-a-month law from 1993 to 2012. In 1993, Gov. L. Douglas Wilder and other gun control advocates sold the handgun rationing measure as a way to curb gun trafficking from Virginia to more restrictive Northeast states, particularly New York. Keeping with this tradition of passing gun laws at the behest of out-of-state interests, SB69 comes along after New York City billionaire and gun control financier Michael Bloomberg spent an exorbitant sum in the 2019 election cycle.

Further, this legislation is unnecessary because the federal government already monitors multiple handgun purchases. 18 U.S.C. § 923(g)(3)(A) requires gun dealers to report the multiple sale of handguns made to an individual within five consecutive business days.

This legislation would require a gun owner to obtain government permission before selling or trading a firearm to another individual, without exception. Gun owners wouldn’t even be allowed to privately sell a firearm to their immediate family members or lifelong friends. Right-to-Carry permit holders, who have already been vetted by the government for safety, would be required to ask for additional permission from the same government each time they privately buy, sell, or trade a firearm.

Specifically, the legislation states, “[n]o person shall sell a firearm for money, goods, services or anything else of value” without a background check.

This measure would not stop violent criminals from obtaining firearms. Criminals defeat the background check system by getting guns through straw purchasers. ATF has reported, “[t]he most frequent type of trafficking channel identified in ATF investigations is straw purchasing from federally licensed firearms dealers. Nearly 50 percent....”

In a 2018 study, researchers at the Bloomberg School of Public Health and the UC Davis School of Medicine admitted that comprehensive background checks and prohibitions based on violent misdemeanors “were not associated with changes in firearm suicide or homicide.”

So-called “universal” background checks on firearm sales and trades would not have prevented any of the high-profile shootings that have occurred in the last five years.

This legislation has yet to pass the full Senate. There have been a significant number of proposed amendments to the bill along with substitute versions. Civil liberties advocates from across the political spectrum have expressed concerns with SB240 and how the “red flag” procedure might be misused.

The version of SB240 that passed out of committee would grant the government the authority to seize a person’s firearms ex parte. An “emergency substantial risk order” would be issued without a hearing or other opportunity for the target of the order to be heard and present evidence. Moreover, this legislation permits the government to seize firearms based on a weak and nebulous standard of evidence - “probable cause.”

A person subject to a potential suspension of a Constitutional right should at the bare minimum be entitled to an evidentiary standard equal to the seriousness of the suspension (clear and convincing) and an opportunity to be heard. After all, what benefit is a right to keep arms if the government can take them away without due process of the law?

This procedure is an unnecessary attack on Second Amendment rights, as Virginia already has strong and effective civil commitment laws. Under VA Code Ann. § 37.2-808, a law enforcement officer may take an individual into emergency custody for a mental health evaluation without prior court approval.

A person detained in this manner is then evaluated to determine whether they meet he criteria for a temporary detention. A person that was the subject to a temporary detention order and subsequently agreed to voluntary admission to a mental health facility is prohibited from possessing firearms until their rights are restored by a court.

Unlike the existing commitment procedure, SB240 would strip a person of a Constitutional right without addressing the allegedly dangerous person’s underlying condition or conduct. This leaves the potentially dangerous individual free to continue their course of conduct. If the SB240 procedure is used in lieu of a more comprehensive method of addressing the individual’s condition, the procedure could hurt rather than help an individual in need of services and those around them.

Please contact your state Senator and strongly, but politely, ask them to stand with you and OPPOSE Senate Bill 240. Click the “Take Action” button below to contact them directly and also click here to find their phone number.

Stay tuned to www.nraila.org for updates. And, in the meantime, please sign up to volunteer to help defeat Gov. Ralph Northam and Michael Bloomberg’s gun control legislation.