Virginia is creating a confusing patchwork of gun laws. This past Monday, the City of Roanoke became the latest locality to ban firearms, ammunition, and components at, or in, city owned or operated buildings and parks, as well as on streets and sidewalks adjacent to where permitted events or events that should have had a permit, are taking place.

This has all been made possible by the General Assembly passing, and Governor Ralph Northam signing, Senate Bill 35 last year. It eroded Virginia’s strong preemption law guaranteeing that citizens had the same Second Amendment rights across the whole state, and preventing the creation of this confusing patchwork of ordinances that are difficult to understand and obey.

While supporters of the ban claim it is necessary for public safety, this ordinance, similar to the others, contains very little about guaranteeing safety. The City “may implement security measures” such as metal detectors or security guards, but the ordinance does not require them to do anything to protect disarmed citizens on their property. The only guaranteed enforcement mechanism is that the City must post signs at all entrances to such buildings and parks notifying of the gun ban, as if such an arbitrary boundary deters criminals intent on doing harm from simply walking in.

Fortunately, NRA and three individuals filed a lawsuit against Fairfax County (LaFave v. County of Fairfax) back in January, alleging that its similar gun ban violates the right to keep and bear arms as guaranteed in the Virginia Constitution. The ban on lawful carrying of firearms in parks is especially egregious during the ongoing COVID-19 pandemic, as parks are one of the few places where people can go for recreation. The openness of parks, as well as their often isolated locations, makes it so that the County cannot guarantee the safety of citizens there.

The suit also alleges that the ban on possession in places adjacent to permitted events is unconstitutional as well. This requires law-abiding gun owners to make a snap decision about how close they can get to an event before they are in violation of this ordinance, placing themselves at risk of prosecution.

Finally, the suit alleges that the ban on possession at events that should—but do not—have permits, is unconstitutionally vague under the due process clause. It requires law-abiding gun owners to determine whether an event—that they may know nothing about—legally requires a permit to be held. This effectively punishes gun owners for others’ decisions to hold illegal, unpermitted events. 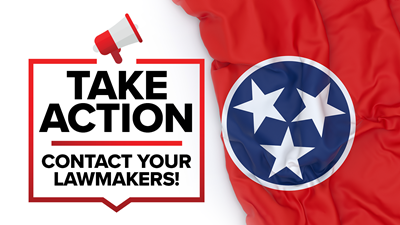